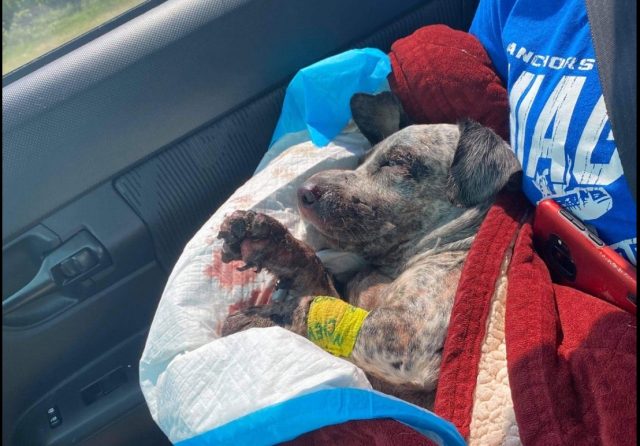 ROSS – Ross County Sheriff is investigating a claim of animal cruelty after a dog was dragged behind a car for about a mile.

That dog is now being evaluated by the veterinarian’s office with multiple severe injuries. Including a large open wound on the dog’s belly, tows and paw pads are damaged to the point they are missing, bleeding and abrasions of face and head, and a large amount of road rash.

Ross sheriff says that they are investigating what led to the dog’s injuries and appropriate charges are pending the investigation.