PICKAWAY – A accident occurred around 2:15 on September 1, 2018, on State Route 22, between Circleville and Williamsport.  According to State Highway Patrol that was at the scene, the driver was driving eastbound on 22 heading towards Circleville, when he/she went left of center, recorrected then lost control of the vehicle and drove off the left side of 22 rolling the car on its top in a cornfield.  Both occupants were transported to the hospital by Williamsport & Deercreek EMS with non-life threatening injuries.  Both had their seatbelts on, and that stopped them from being ejected from the vehicle. 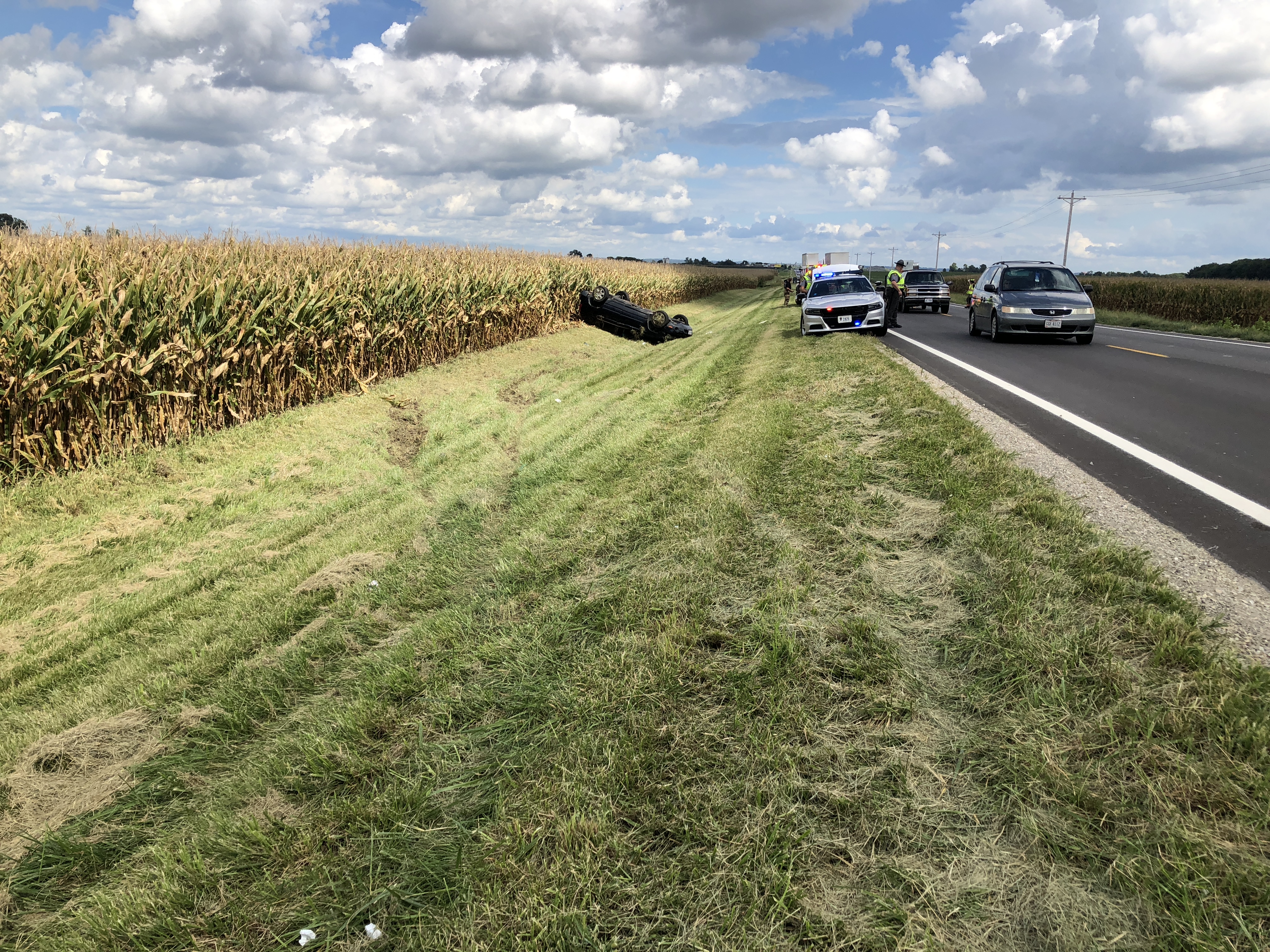 Traffic was slowed in the area between Williamsport and Circleville for about an hour.  State Highway Patrol and Southwest Pickaway Fire/EMS were on the scene. 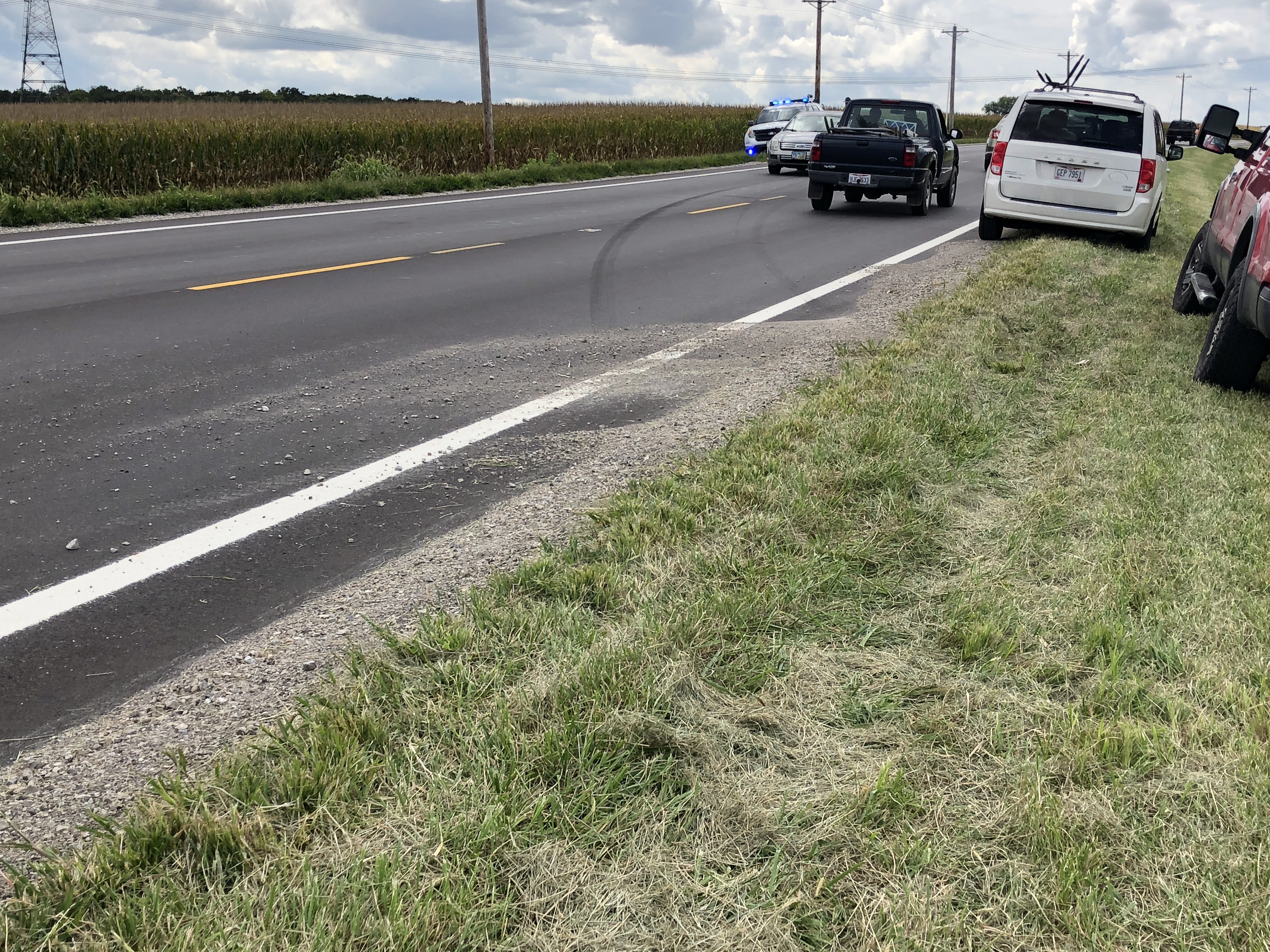 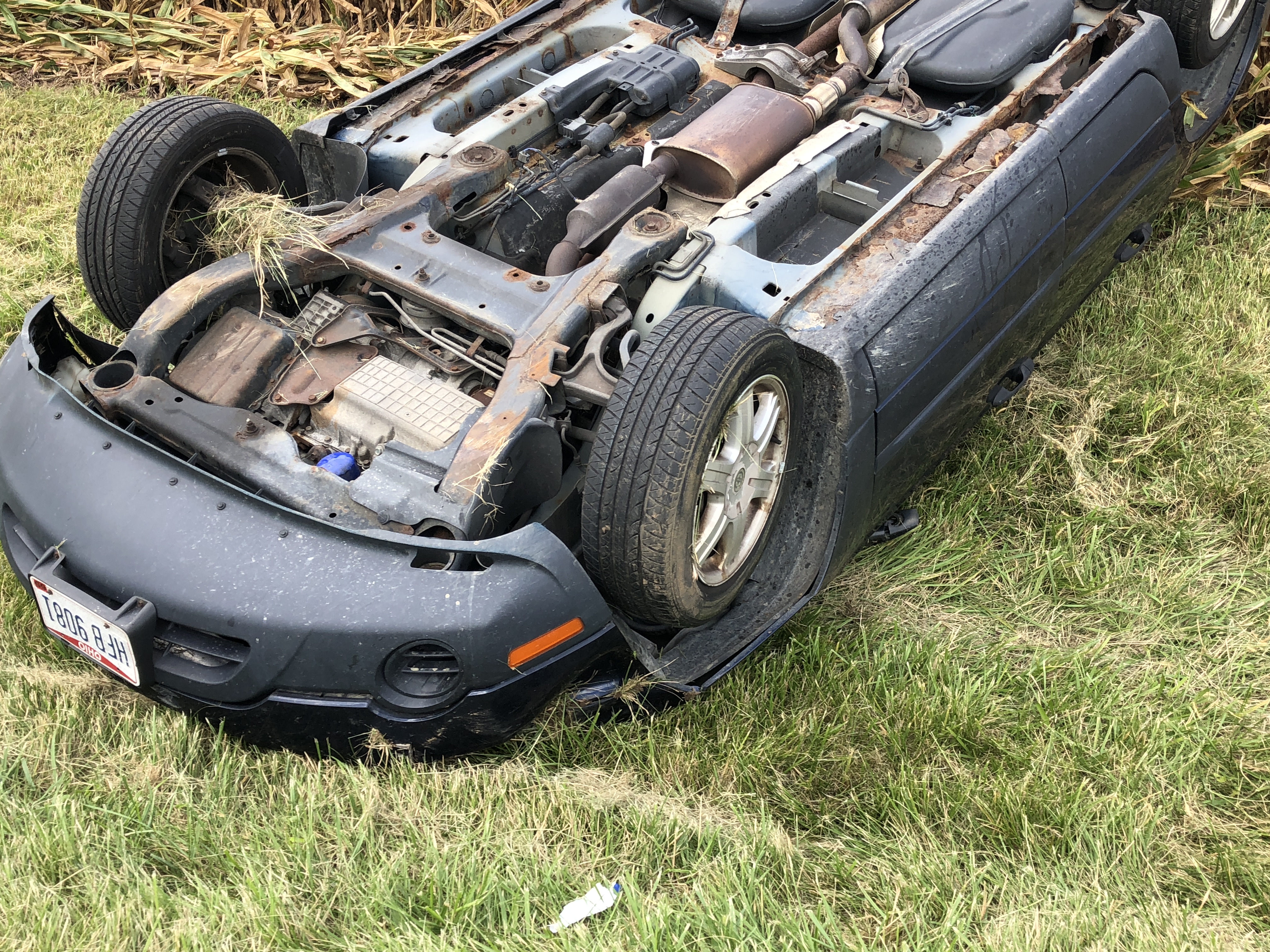 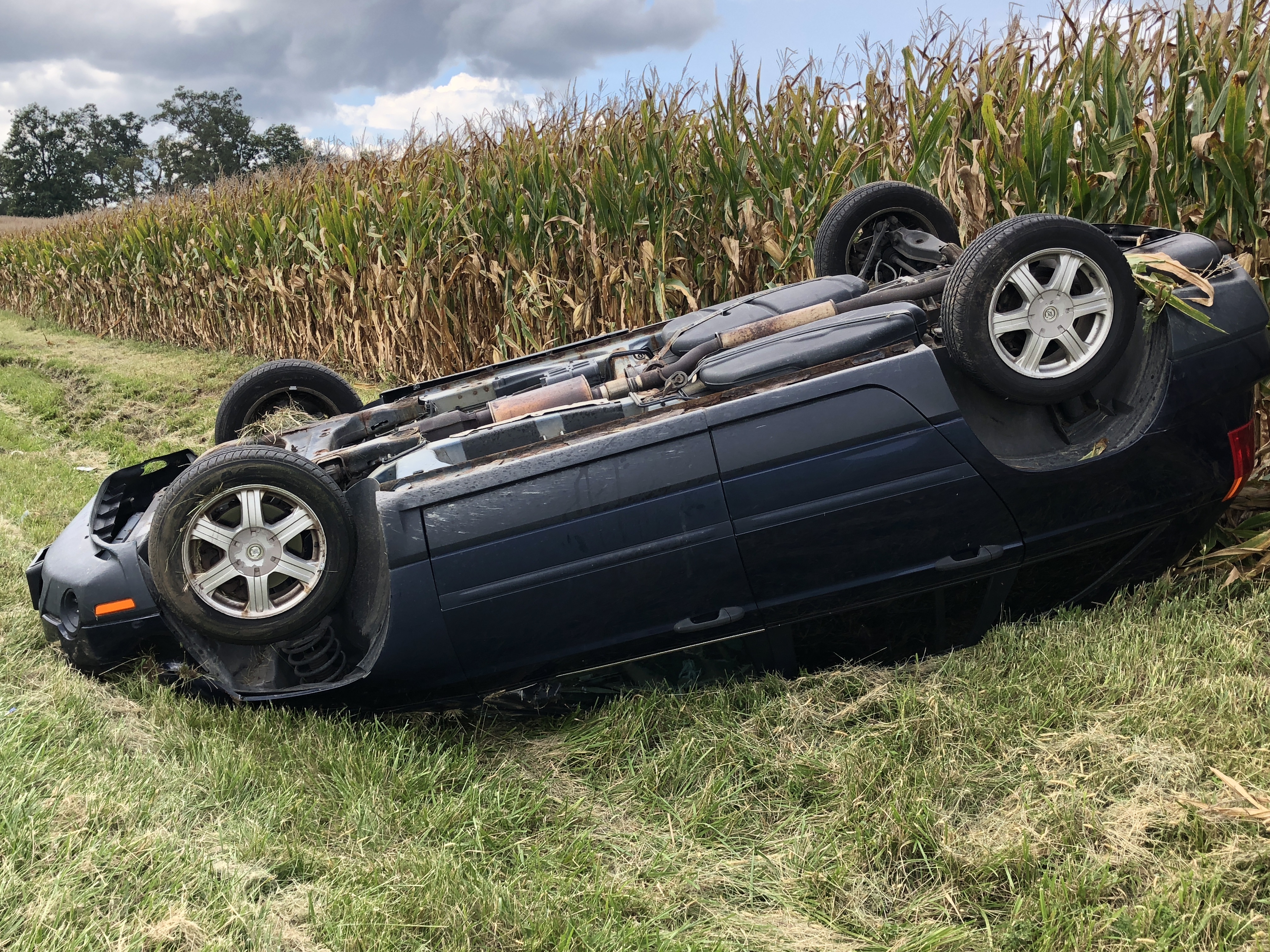