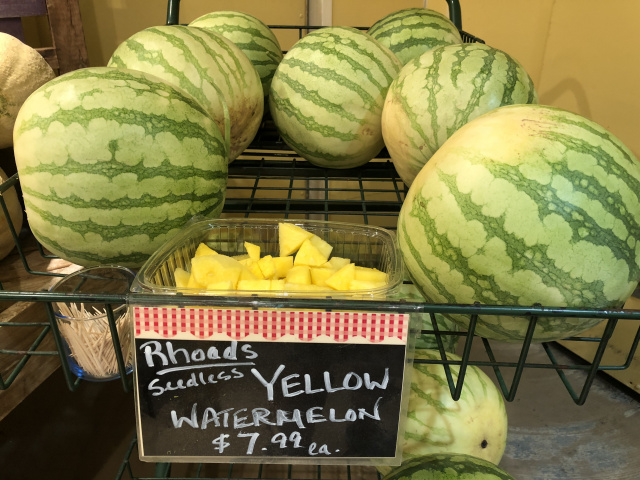 CIRCLEVILLE – Rhoades farm market located at 1051 State Route 56 East in Circleville are selling yellow watermelons.  The biggest question is whats different?  Are they a mutation?  What do they taste like? 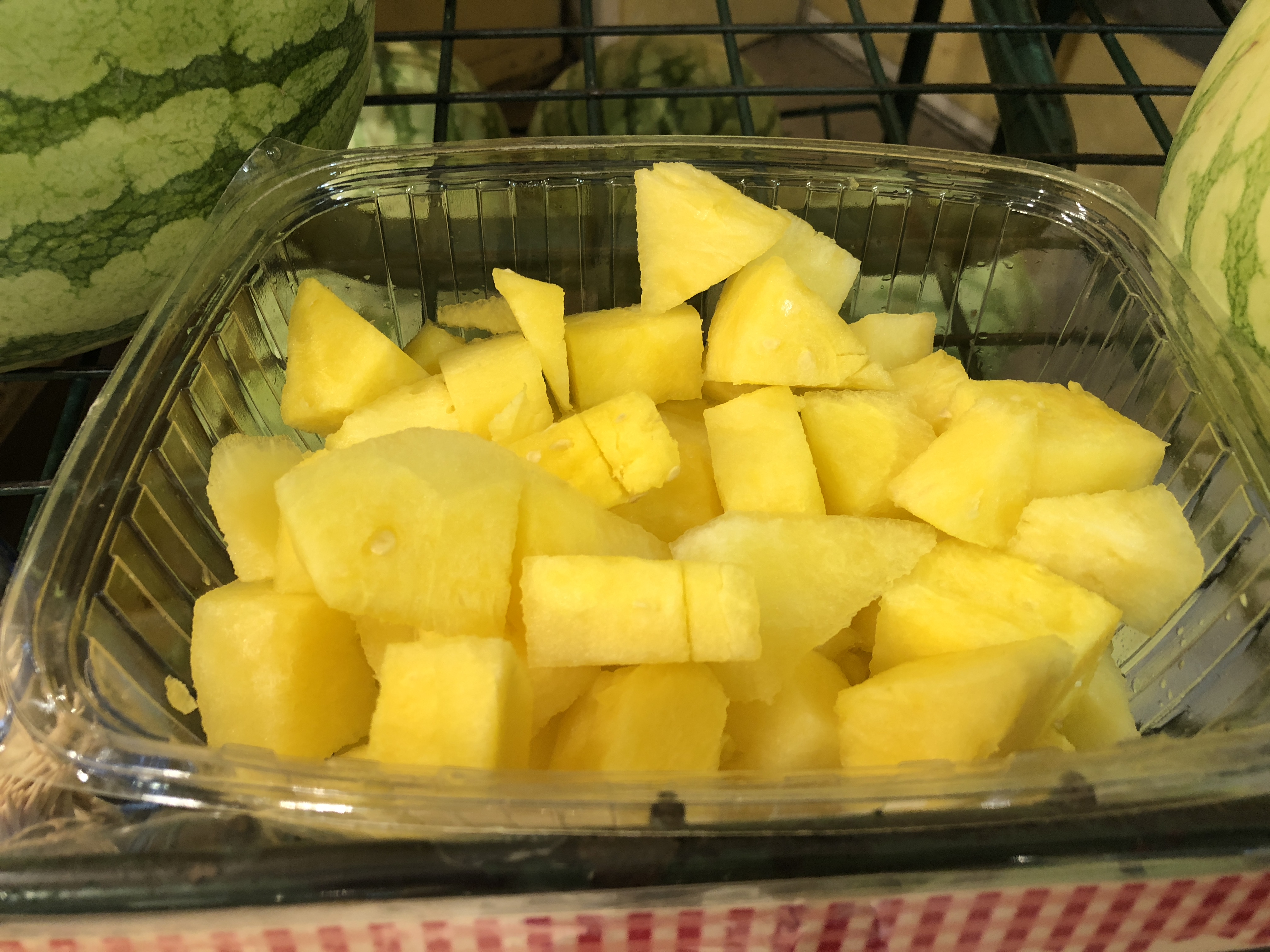 Yellow Watermelons are are natural mutation of the red variation, there is no specialized gene splitting or chemicals going on.  Yellow watermelons lack a pigment called lycopene a compound that gives color to many fruits such as tomatoes.  Where this mellon lacks in color makes up for in taste.  The yellow watermelon is sweeter and tastes more honey like in flavor.  They also are high in Beta-carotene a very powerful antioxidant. 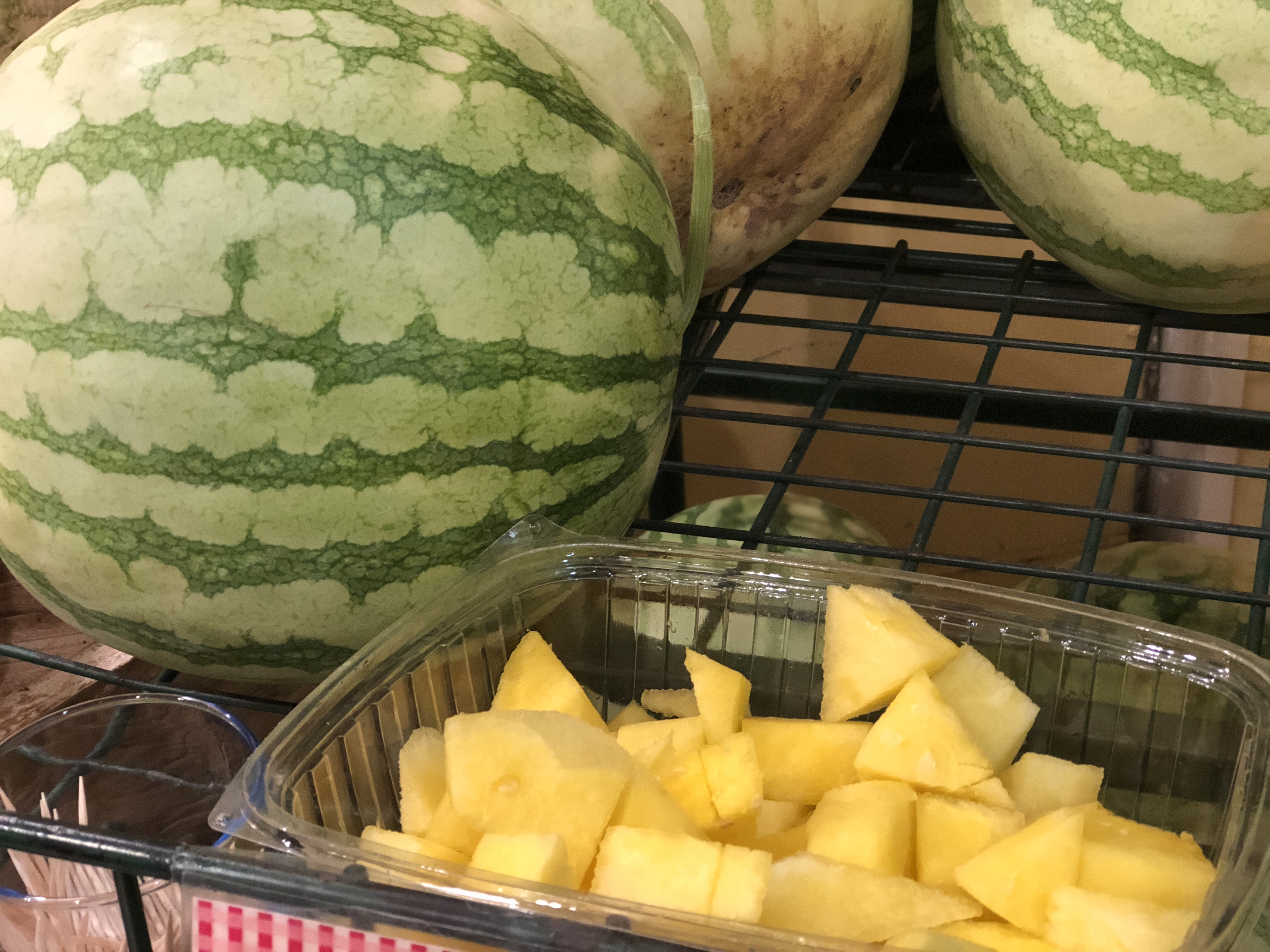 Rhoads Market is offering these watermelons and taste tests of this unusual fruit at their location now.  I would say that this watermelon would be popular at a gathering or the kiddos may be more likely to eat this unusual melon.  Watermelons were 7.99, standard watermelons are usually 5.00