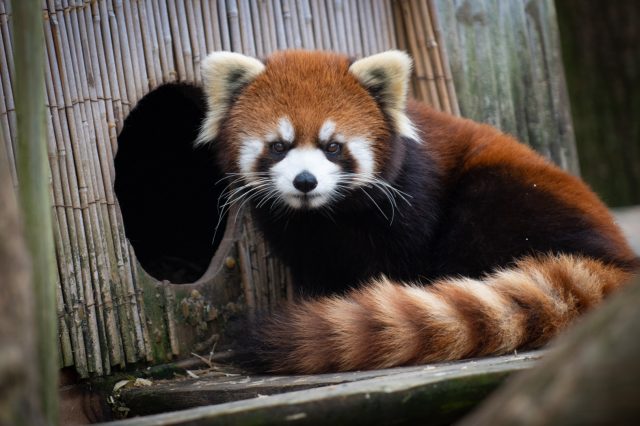 Powell, OH – On Wednesday, July 22, a red panda was discovered missing from her habitat at Columbus Zoo and Aquarium. A small, non-threatening mammal about the size of a raccoon, the nocturnal animal was last seen the evening of Tuesday, July 21, in her Asia Quest habitat.

Animal Care staff have been conducting an extensive search in the dense vegetation in and around the animal’s habitat and throughout the Zoo. As an added precaution, other animals living nearby in Asia Quest habitats have been brought indoors so their habitats can be thoroughly searched. 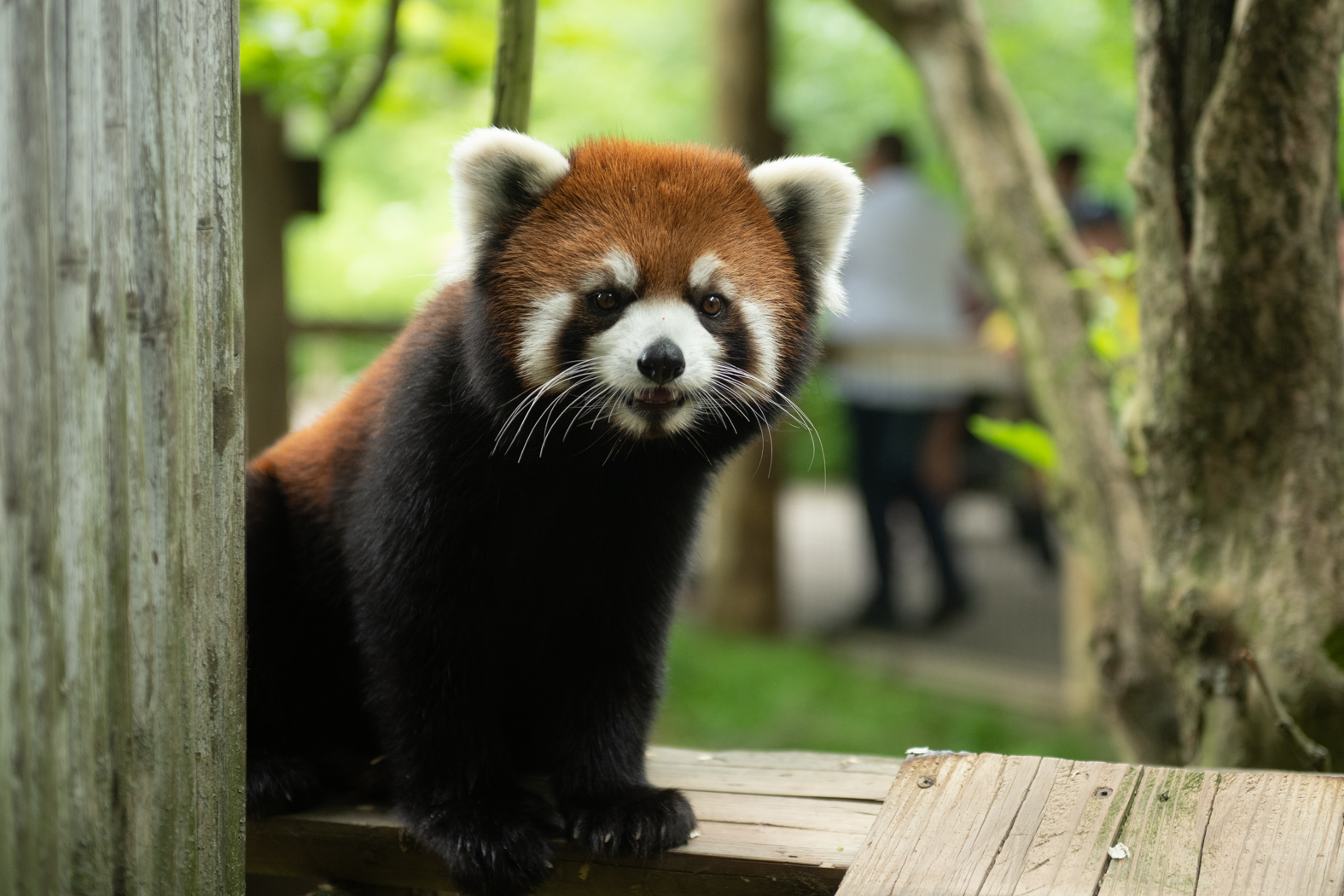 Red pandas are excellent climbers and live in trees. They use natural shelters like tree hollows to den and sleep during the day. As there were strong storms overnight, team members searched the habitat to determine whether any tree branches were bent or broken, leading to the public pathways. One area of branches slightly sagging due to rainwater was trimmed back as an added precaution to ensure that the male panda safely remains within the habitat. Footage from the den camera and security cameras located through the facility are being evaluated by staff, but so far, there have been no sightings or strong evidence of how she went missing.

The animal does not present a threat to the public, but the Zoo is eager to locate her. She is the recent mother of two cubs who are still nursing. The Zoo’s care team is prepared to feed the cubs with specialized formula if necessary. The Animal Care team believes she’s likely close by and that she may return on her own, due to her two cubs. Zoo staff are setting up an overnight watch to monitor the area. However, if anyone in the vicinity of the Zoo spots a small red mammal approximately 19 pounds with a long, fluffy striped tail – likely in a tree – please contact the Columbus Zoo immediately at the Security Dispatch number: 614-582-1844. It is best to not approach the red panda, as they are naturally shy and elusive, and we do not want to frighten her.