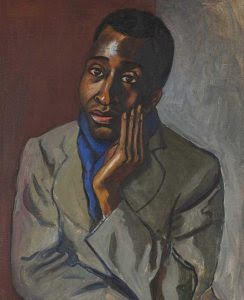 I believe that our deepest love for something (or someone) is often made manifest in how honest we are about its current state. This demonstrates the depth of the devotion we have toward it. It must be the most genuine variety of love for the feeling to remain despite the dysfunction or demons (pun intended) evident in them. That love not only exposes things that might be wrong but it also empowers us to confidently confront the crisis and re-imagine the thing as the best version of itself.

When it comes to the Church, I believe that this variety of love is needed for the bride of Jesus, perhaps now more than ever. While our affinity & affections may run deep for the church, we must bear account for not only what is right with the church but also what has gone wrong with it. If not, we will lovingly find new ways to refine the incorrectness instead of taking steps to eliminate them.

The church today finds herself in a very precarious position. One where misconduct, mistreatment, & even misinterpretation have left many people questioning the value of the church universal.  This has lead to disconnection and discord within the church.  It has also lead to an ever-growing group of Christians who deeply love and identify with Jesus, but want nothing to do with His church.

In light of this, you and I must love the church enough to not only acknowledge what has become flawed with her, but also allow our principled critiques to inform that which must be changed. In layman’s terms: We, as daughters & sons of God & God’s church, must accept that things may have become soda in the Body of Christ.  But rather than allow our preference for the way the soda tastes to prompt us to figure out how to make it ‘caffeine-free’, we must be brave enough to hold the soda to the standard of what it was created to be: water. Living Water.  If not, we will end up offering the world a ministry that may please the senses but not save any souls. The church is in danger & we must be passionate enough to hold her to the standard of what she is called it to be, even at the expense of what we have known her as.

Imagine a church where all were truly welcome, instead of the phrase silently letting members of the LGBTQ community know that they are allowed to worship in the house of God? Or, what if being popular gave way to being prophetic?  So much to where churches bearing critique upon our present empire, community development efforts & meeting people at their specific need was regular instead of rare?  What if we, as the church, began to affirm Christian sisters who feel a discernible call to the ministry by not limiting their service to the front pews, the nursery, or the kitchen?  What if our services were more focused on not binding the movement of the Holy Spirit with traditions that have no place or purpose in worship?  If parishes were more preoccupied with filling the souls of the Lord’s saints instead of filling their own seats & ministers were motivated by salvation and not status, would that change the conditions of the universal church in a positive way?

What if ministers stopped inviting congregants to Sunday Morning concerts but instead invited people to have an encounter with the Spirit of God? Or if potential puppeteers were called to the carpet for prostituting their gift attempting to gain a pulpit? What if parishioners held pastors to standards of substance in their sermons and refused to support silliness in the sanctuary? What if teaching mattered just as much preaching?

Imagine a church where the word “prosperity” in the church was no longer synonymous with “money” & the church spent more time infatuated with being significant instead of successful?

What if diversity was more about embracing the fullness of one’s culture & no one ever had to apologize for a theological orientation informed by their cultural context? What if we understood our churches as organisms that have their own DNA and though they come in all shapes & sizes, they are all equally valuable in the eyes of God?

What if young people were treated as members in good standing; given equal voice and value in our worship experiences and not lovingly taught to be “seen and not heard”?  What if we moved away from “Youth Sundays” and instead regularly incorporated youth in what we did on Sundays?

Can you conceive that church?  Would you be able to attend that church?  Or have we idolized our inclinations and shackled the church with our own sensibilities?

The church of the Living God is called to be so much more than what we have allowed her to become. We must choose to be malcontent with what the church is, be reminded of what our God intends it to be & bravely build from there. A place that is both organization & organism; relevant to the world we live in and committed to changing it in the name of Jesus Christ.  But, like all meaningful modifications, the changes must start within.  The changes must start with the church…can you imagine that? 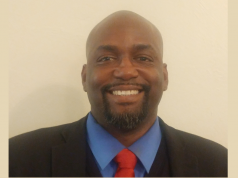