CINCINNATI – A longtime campaign and political strategist for Ohio House Representative Larry Householder and a lobbyist hired by an energy company to funnel money to Householder’s enterprise each pleaded guilty in federal court today.

Jeffrey Longstreth, 44, and Juan Cespedes, 41, of Columbus, each pleaded guilty to participating in a racketeering conspiracy involving more than $60 million paid to a 501(c)(4) entity to pass and uphold a billion-dollar nuclear plant bailout.

They are two of five individuals charged by criminal complaint and indicted by a federal grand jury in July 2020.

According to court documents, from March 2017 to March 2020, the enterprise received millions of dollars in exchange for Householder’s and the enterprise’s help in passing House Bill 6, a billion-dollar bailout that saved two failing, Ohio nuclear power plants from closing.

The defendants then also allegedly worked to corruptly ensure that HB 6 went into effect by defeating a ballot initiative to overturn the legislation. The Enterprise received nearly $61 million into Generation Now from an energy company and its affiliates during the relevant period.

In his plea, Longstreth admits to organizing Generation Now for Householder, knowing the entity would be used to receive bribe money to further Householder’s bid for Speaker of the House. Longstreth managed Generation Now bank accounts and engaged in financial transactions designed to conceal that the energy company was a source of funding to Generation Now.

Cespesdes also pleaded guilty to his role in the racketeering enterprise and admitted that he orchestrated payments to Generation Now. Cespedes knew the payments were meant to help Householder achieve political goals, and in return, help pass and preserve the nuclear bailout legislation.

The racketeering conspiracy as charged in this case is punishable by up to 20 years in prison.

“If you have information related to the public corruption alleged in this case, please contact the FBI at 513-421-4310,” said U.S. Attorney David M. DeVillers. “This investigation remains ongoing, and as such, there will be no additional comment beyond the publicly-filed documents we outlined in this news release.” 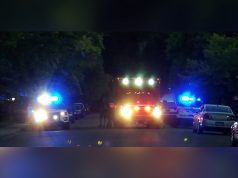