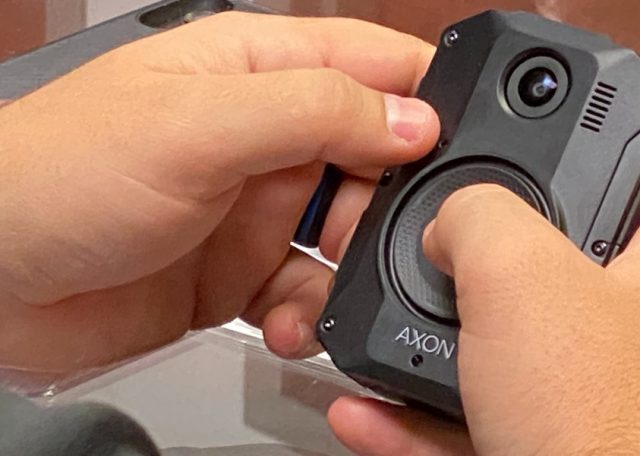 Pickaway County Sheriff Matthew Hafey who is a former Circleville Police Sergeant who used body cameras in the city says that he’s worked towards obtaining body cameras for the department since he became Sheriff.

“Body Cameras add transparency to the Sheriff’s department, they can add information to investigations, they can be used as court evidence, and they can help with training. Cameras prove both sides of the argument and allow for a 3rd view of any situation. They make Pickaway County safer.”

Body Cameras have been slow to come to some Ohio counties and police departments due to funding. Recently Governor Dewine announced a 5 million dollar grant funding for those cameras, costs for video storage, and even new employee costs to help manage records.

The Sheriff says that the cost of the camera will come from Pickaway county at first but expects some funding from Dewine’s grant.

“Body cameras are beneficial for peace officers and the public because they act as impartial eyes on events as they transpire, but most law enforcement agencies in Ohio don’t have them because they can’t afford them,” DeWine said. “One of my top priorities has always been ensuring that our law enforcement officers have the tools they need to best serve the public, and this new grant program will help eliminate the cost barriers associated with body-worn cameras and will contribute to a safer Ohio.”

Lt. Jon Rhoades Administrative Division Commander told Sciotopost that the department will receive 31 cameras, along with new pulse tasers that will send a wifi burst to the cameras to automatically record when they are activated. Patrol will carry some cameras, but also some prison officers, resources officers at schools, and transport officers. They expect to have the cameras online in about two weeks.

Currently, Body cameras are required in Ohio, some Police forces in Pickaway county have adapted to body camera use like the Circleville Police department, and Some South Bloomfield.