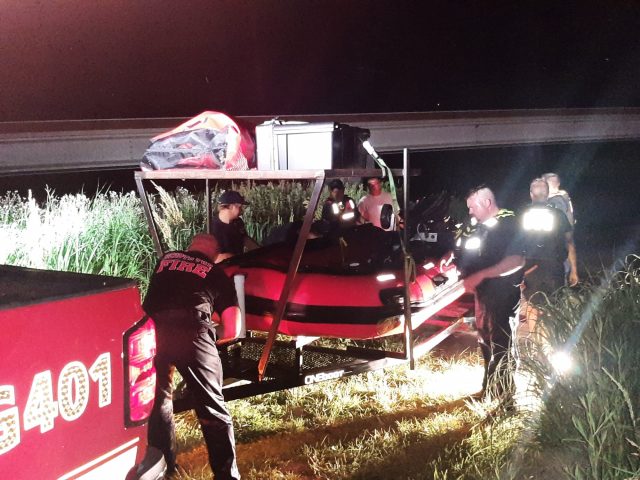 SCIOTO COUNTY – After a late-night rescue that occurred on Sunday night, Scioto County Fire is asking for people to have a plan.

A 911 call came into Pickaway County sheriff’s office around 9:30 pm from a woman who said that she was on the Big Darby Creek alone with her dog in a kayak, she didn’t know where she was, and it was getting dark. 911 operators attempted to “ping” the cell phone in hopes to get the location of the woman but poor cell service in the area made it difficult. Fearing what could come next as the sun went down, several fire departments launched a water rescue in the area. Thankfully around 10:30 pm, the woman and her dog were found safe with the assistance of not only the fire department but some of the community around the waterway.

The Kayaker told Sciotopost last night, “Other than being cold and tired, I’m fine. I’m just so thankful to everyone that helped find me and my dog”.

The Hilliard woman was not familiar with the creek and had missed the 10-mile stopping point after launching from Trapper Johns around 2 pm.

“With the weather nice, lots of people are getting out on the creeks and river in recreational boats. If you decide to boat this year or any year, please have a plan. Know where you are going and how to get off of the water to a safe spot. Have a plan. It gets dark very quickly when out in nature in the woods. Even on the water, you can get lost very quickly and not know how to get out. Carry a light, even if you don’t plan on being out after dark. Buy a whistle. It may seem silly, but a whistle can help us find you. Charge your phone. Download a GPS program on your phone. If we need to search for someone, every bit of the information we have helps. Stay safe and plan your trips for the unexpected,” said Scioto Township Chief.