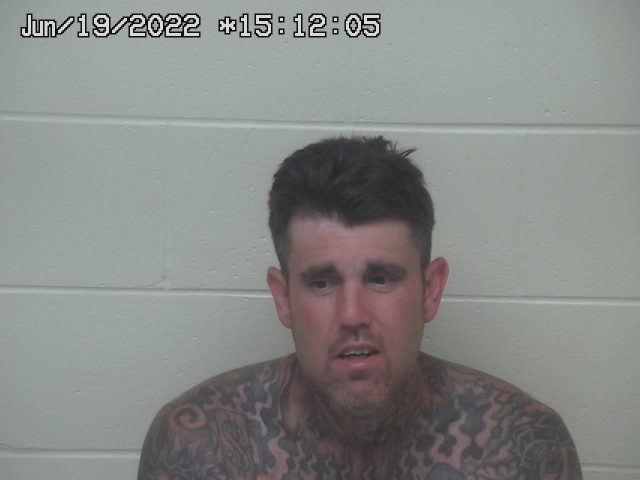 Scioto County – Sheriff David Thoroughman stated that on Saturday, June 18, 2022 an inmate in the Scioto County Jail holding cell was found to be unresponsive. Corrections staff immediately began emergency medical treatment, while waiting for an ambulance to arrive.

The Sheriff stated that the male inmate was taken to Southern Ohio Medical Center where he was later pronounced deceased. The deceased was sent to the Montgomery County Coroner’s Office for an autopsy.

Detectives were contacted to respond to the jail for an investigation. During the investigation, detectives working jointly with the Scioto County Prosecutor’s Office, were able to interview the other inmates that were in the same holding cell, as well as watching cameras and interviewing the jail staff.

As a result of the investigation detectives were able to determine that another male had been arrested by the Portsmouth Police Department. This male was put through a scanner (X-ray) and then placed in the holding cell. The investigation revealed that he had brought, what is believed to be, Fentanyl into the jail. This inmate was later bonded out of jail, after leaving drugs for other three inmates, including the victim who overdosed.

Steele in being held in the Scioto County Jail without bond and will appear in Portsmouth Municipal Court on Tuesday, June 21,2022. Sheriff Thoroughman stated that this is still an ongoing investigation that could result in more charges being presented to the Scioto County Grand Jury on a later date. Anyone with information should contact Detective Sergeant Jodi Conkel at 740-351-1091.