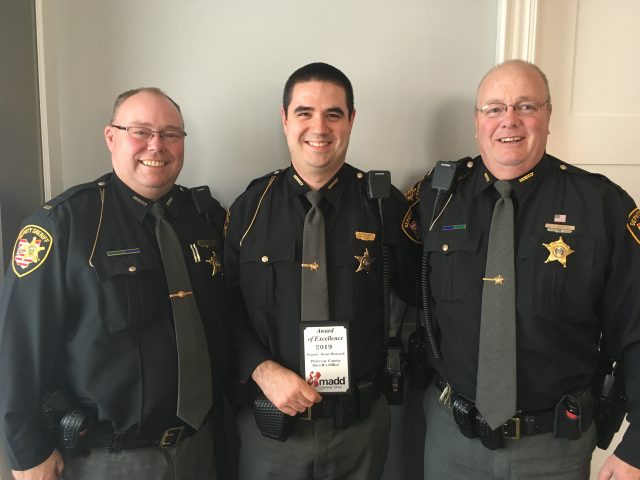 PICKAWAY – On December 12, 2019  Sheriff Radcliff had the honor of accompanying Deputy Ryan Howard to the 2019 MADD Central Ohio “Honoring our Heroes Awards of Excellence Luncheon” where the Ohio MADD office once again recognized central Ohio Deputies, Troopers and Police Officers for their efforts in reducing drunk driving deaths. 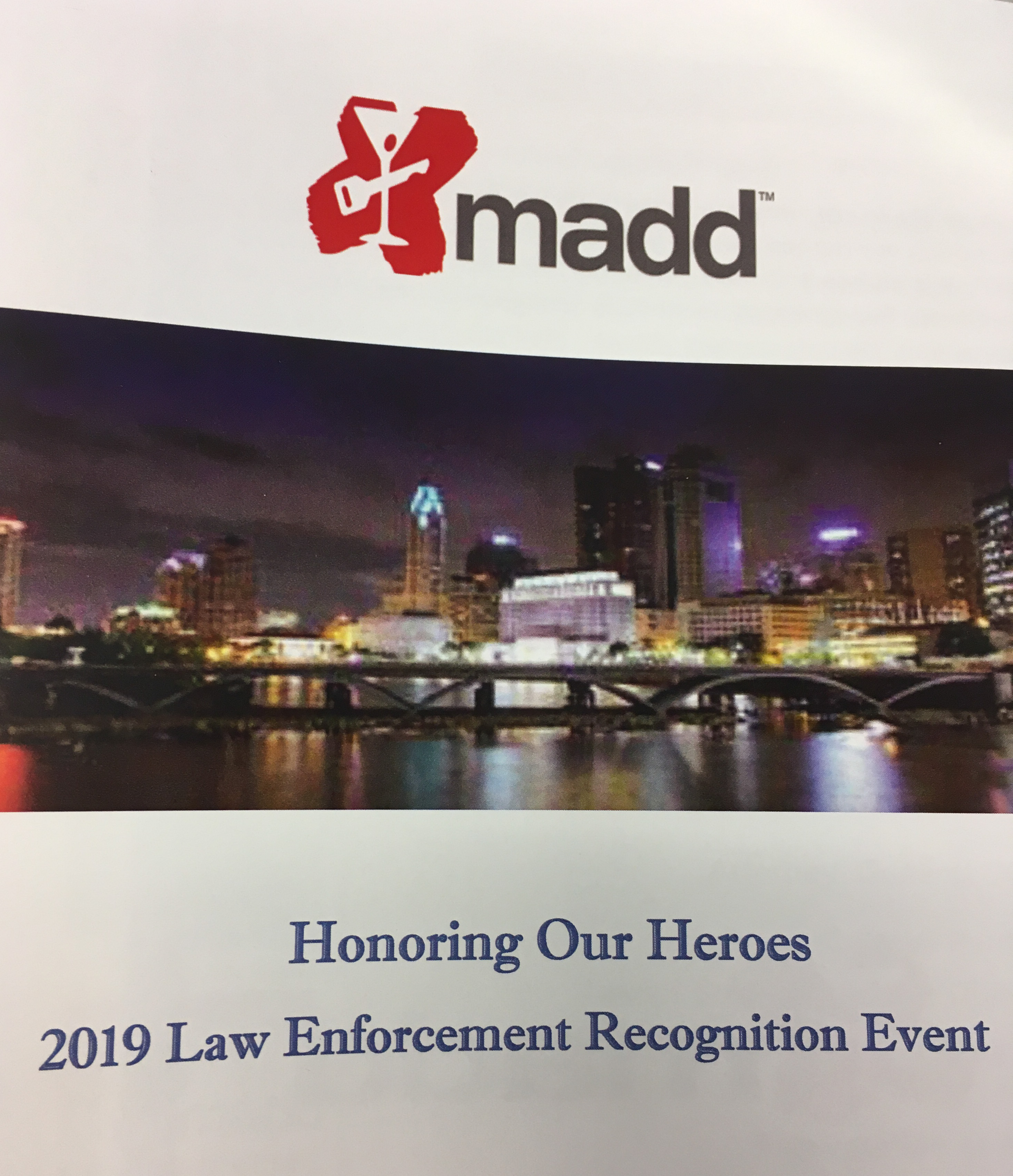 Deputy Howard was selected for his work in detecting and arresting drunk drivers in Pickaway County.

Sheriff Radcliff is proud to have Ryan as part of his staff, and personally recognizes him for his outstanding enforcement efforts. 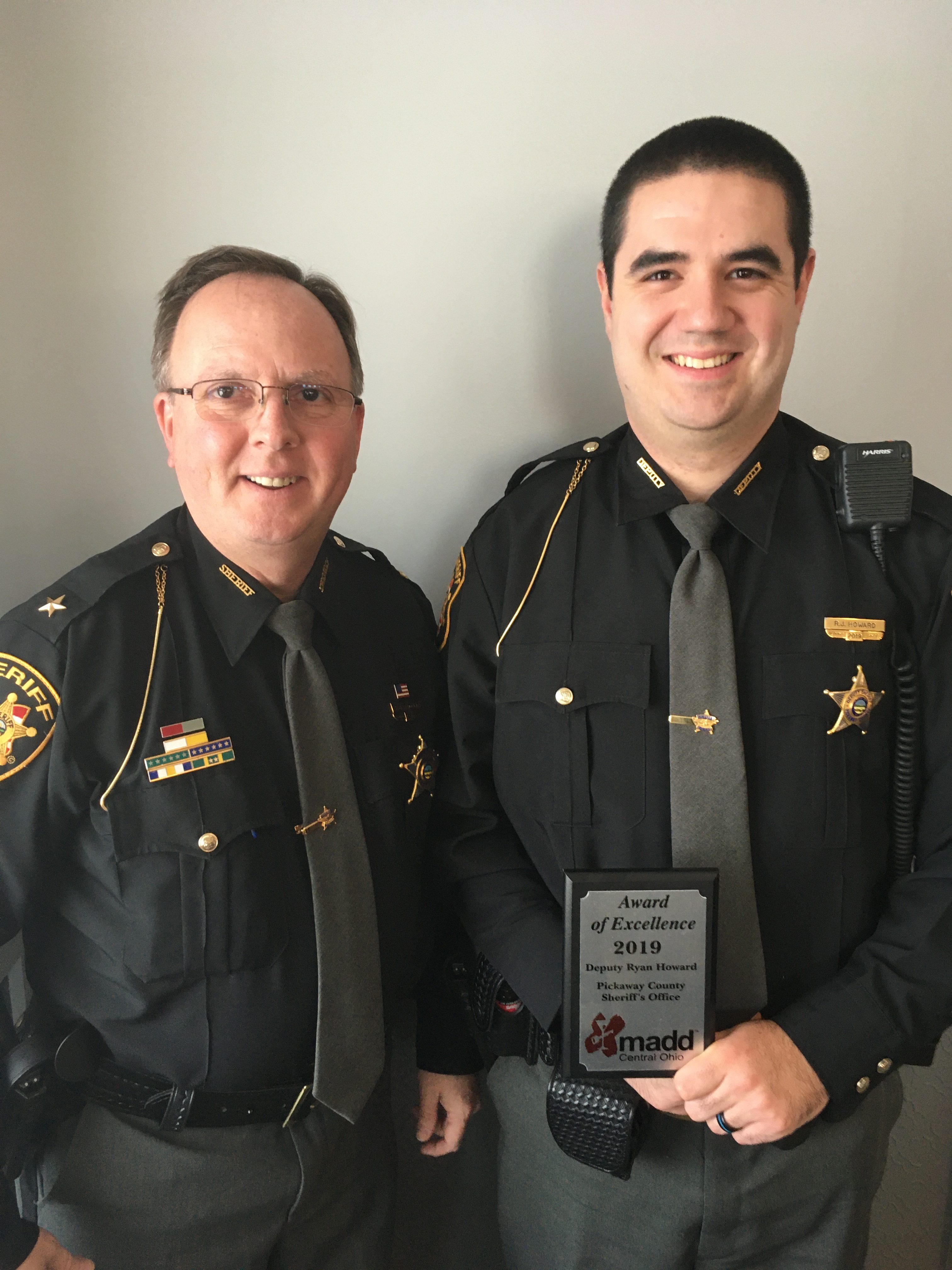 The mission of Mothers Against Drunk Driving (MADD) is to end drunk driving, help fight drugged driving, support the victims of these violent crimes, and prevent underage drinking. Started in 1980, it was a small, unassuming kitchen table where one mom started a movement that would significantly change the course of history in the United States.