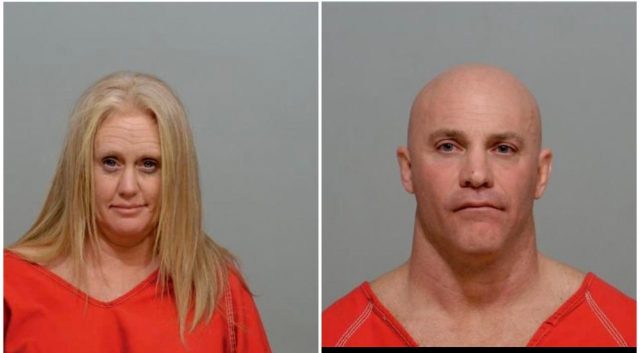 PICKAWAY County – Two people were arrested driving the same car that was involved in a hit-and-run crash in North Pickaway County.

Shortly after 11 PM Saturday night The Pickaway County Sheriff’s Department received a report of a crash on OH- 316 North of Water St in Darbyville.

Reports determined that a male was driving when the 2016 VW Jetta left the roadway and struck a fence and then a tree causing significant damage to the car. The vehicle then left the scene of the crash going West on OH-316. Deputies reported a trail of fluids that they followed to help find the vehicle.

A short time later deputies and Ohio State Highway Patrol units caught up to the VW Jetta on Dennis Rd South of OH-316 however a female was driving.

There were no injuries reported. Both individuals were transported to the Pickaway County Jail.