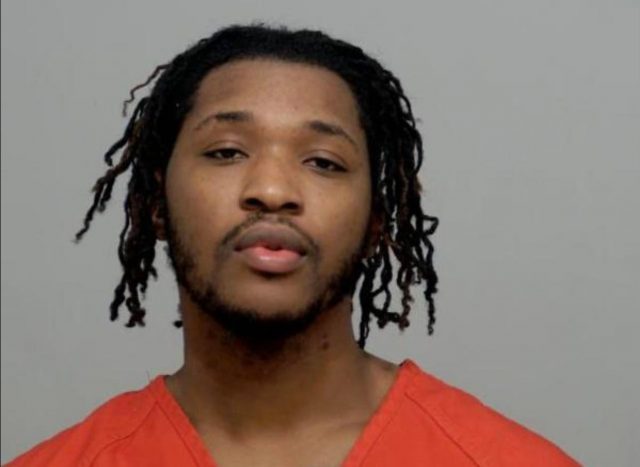 PICKAWAY – A traffic stop yielded guns and drugs on US-23 after a normal traffic stop for speeding on US-23, those charges would put a Columbus man into prison for years.

According to the Pickaway County sheriff’s department, A Deputy was traveling Nouth Bound on US-23 in the area of South Bloomfield when he noticed a Nissan driving at a high rate of speed, when he clocked the car he was driving 72 in a 60 mph zone. A traffic stop was initiated, and the car stopped just north of 762 after continuing to drive for some time.

During the stop, the Deputy noted in his report that he could immediately smell the strong odor of Marijuana inside the vehicle. A quick check of the man identified as Robert Rogers found that he was driving under suspension, the registration for the vehicle was expired, and he had several outstanding warrants for his arrest. When he was detained the deputy asked the man if he had any drugs in the car when asked he did admit according to the report of a small amount of weed in the car and consented to a search.

In the car Deputies found a jar of Marijuana weighing 50 grams, along with a loaded Glock model 26 on the floorboard by the driver’s seat, the gun was within reach of the suspect during the stop and he did not announce the firearm during the stop. Inside a backpack, deputies found two baggies one with 1.9 grams of brown substance and another with 64.3 grams of the same substance. This came back from testing to be Fentanyl.

Robert Rogers, 24 appeared in court this week and was found guilty of Possession of Fentanyl-Related Compound, and Improperly Handling and was sentenced to 6-9 years in prison, Gun ordered to be destroyed.