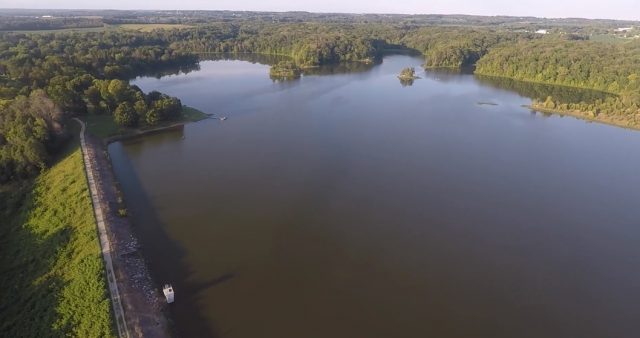 PICKAWAY – Ohio DNR gives updates today on what is going on at our local state park, Hargus Lake. If you have been to A.W. Marion State Park Hargus Lake you would notice that the water is much lower than normal, and this is on purpose.

Last year Ohio ranked one of the highest in the nation (4th) for hazardous dams that needed work. In Ohio, 450 of the state’s 1,420 dams are considered high hazards with the potential for lives and property to be affected if they failed. Of those, state inspectors had rated 124 in poor or unsatisfactory condition, one of those dams is our own Hargus Dam.

Hargus Lake contains about 1/5th the water of Buckeye lake, but if the Dam failed it would flood a four-mile path straight to Christan University. Dam safety program manager for the Ohio Department of Natural Resources, thinks there’s much chance the state-owned dam at A.W. Marion State Park will fail. It’s listed in poor condition because it needs work to meet today’s standards for slope stability and flood containment.

So in 2021 The ODNR has begun preparing the Dam for rehabilitation and construction, reducing water levels over 50 feet.

Parts of the Perimeter trail across the dam are closed

The Mountain bike trail will be closed

Parking areas near the memorial will be closed

The shelter house will be closed.