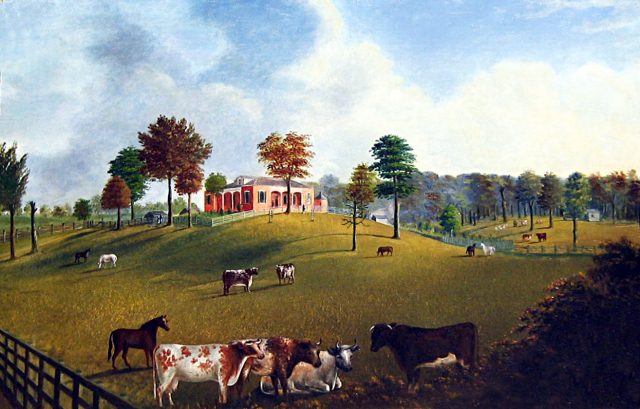 PICKAWAY – Mount Oval is a historical farmhouse built in the 1830s by one of the regions more prominent farmers, it has been named a historical site.

The Historial original gem of Pickaway County will open its doors to tours on Saturday, August 20th. This historical location will take you back in time to how Pickaway started in its early years. The home-preserved and full of historical artifacts some unique to the location is fully worth the tour.

Mount Oval has sat in this pasture for almost 200 years situated on an Oval Knoll, was built by William Renick a prominent cattle farmer at the time.

The house and land are rich with local history, including ties with the Native Americans living in the Pickaway Plains in the 18th century, and a suggested link to President Thomas Jefferson 3rd President of the US.

When the land purchase was made in 1806 the deed for the property was signed by Thomas Jefferson and James Madison both would-be presidents of the United States. In the video below more is explained about Jefferson’s connection to this farmhouse.

Former owner and lifetime resident of Circleville, Ohio, Mary Ruth Tolbert generously bequeathed her beloved home to the Pickaway County Historical Society in 2012, since then the group has kept the home and opened the door to tours throughout the year.

Saturdays tours cost a mere 5 dollars, well worth the hour or so tour.

Watch as we take a tour into this gem of a Circleville, but we did not go upstairs you will have to take the tour to see some of the amazing things in the home