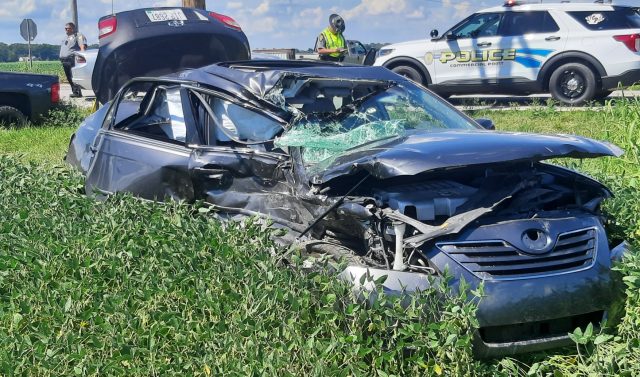 Pickaway -A two-vehicle crash occured in the area of Mattville road and 762 in Pickaway County around 2 pm.

At approximately 2 pm two vehicles collided at OH-762 and Matville Rd. A 2009 Toyota Camry traveling South failed to stop at a stop sign, before crossing SR-762 and colliding with a Chevy 2500.

The driver of the Toyota, a juvenile from Grove City reportedly sustained non-life-threatening injuries and was transported to Nationwide Children’s Hospital. The driver of the pickup from Orient was not injured.