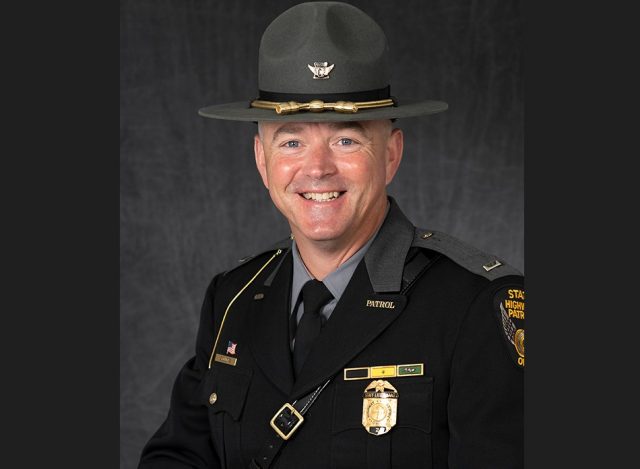 Columbus – On June 19, Lieutenant Robert G. Sellers was promoted to the rank of staff lieutenant by Colonel Richard S. Fambro, Patrol superintendent. Staff Lieutenant Sellers now serves as the Patrol’s legislative liaison, having transferred from his most recent assignment at the Lancaster Post.

Staff Lieutenant Sellers began his Patrol career in October 2001 as a member of the 138th Academy Class. He earned his commission in April of the following year and was assigned to the Swanton Post. In 2009, he earned the Trooper Recognition Award. As a trooper, he also served at the Findlay District Commercial Enforcement Unit. In 2010, he was promoted to the rank of sergeant and transferred to the Toledo Post to serve as an assistant post commander. As a sergeant, he also served at the Swanton Post. In 2016, he was promoted to lieutenant and transferred to the Public Affairs Unit to serve as the Patrol’s spokesperson. As a lieutenant, he also served at the Circleville Post.