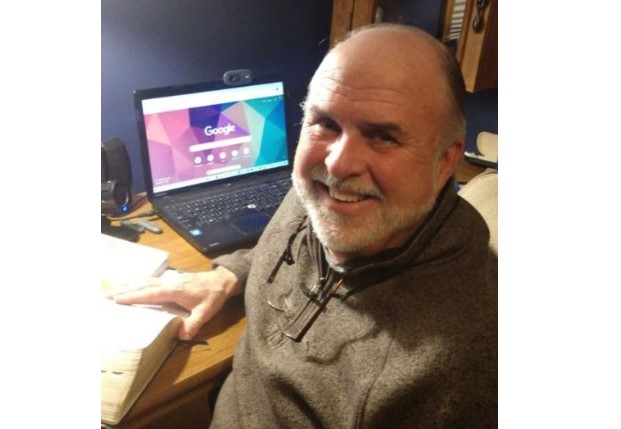 Robert Brian Henry, 62, of Stoutsville, formerly of Bellefontaine, went to be with his Maker and Savior on August 7, 2022. He was a devoted husband to Robbin Henry and the cherished father of Rachel Henry (future son-in-law, Jessie Boldoser) and Renae Henry. Robert is survived by his wife, daughters, parents, Robert and Lauretta Henry, sister, Dana Henry, sister, Karla (Mark) Lowe, brother, Todd (Debi) Henry, sister, Tamara (Walt) Mansfield, sister-in-law, Pamela (Richard) Biela, sister-in-law, Debra (Daniel) Barnes, and many nieces, nephews, and dear friends. He wrote for the Values for Living column of the newspaper and worked for the Computer Workshop. Reverend Henry was honored to preach, teach, and lead the congregation of Living by Faith Ministries. He left a legacy of living for Christ and preaching the Word. Robert Henry’s first sermon was delivered at the age of thirteen, and it was entitled, “Paul in Me.” His final sermon, delivered on the date of his soul entering heaven was entitled, “What Jesus Preached About His Death.” If there is one thing that Robert, Bob, Bobby, Daddy/Pa, would want for anyone he met, it was for the person to know Jesus as their personal Lord and Savior (Luke 11: 9-13, John 10: 27-28). Robert has “fought the good fight, finished the race, and kept the faith” (2 Timothy 4:7). There are many things that Robert liked, including golf, Coca Cola, and movies, but the three things he loved most were God, his family, and this country. Robert was devoted to his family. He led by example with unending love. He left an imprint on our hearts that will never fade. Because of that, we will never walk alone. We know that the Father welcomed him home with open arms saying, “Well done my good and faithful servant.” A visitation time of 2-4 and 6-8 P.M. on Friday, August 12, 2022, will be held at Robert’s church, where his Celebration of Life service will also be held on Saturday, August 13, 2022, at 1 P.M. Robert’s nephew, Brett Henry, will be officiating. Interment will be held at Hitler Ludwig Cemetery. The family kindly asks that no flowers be sent due to an allergy issue and that donations be made to Living by Faith Ministries church or to the Gideons. Please visit www.schoedinger.com to sign Robert’s online guest book.