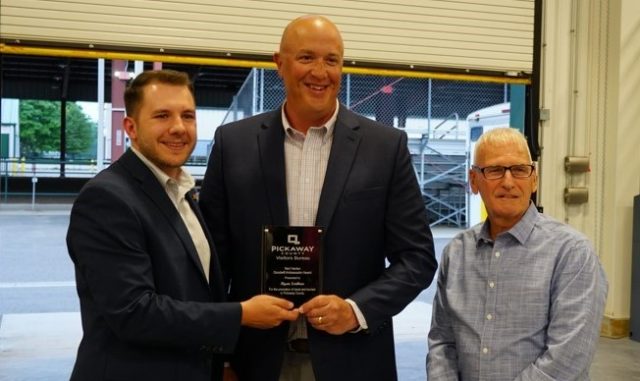 The award was named after Ned Harden who was a visionary for the Pumpkin show and Pickaway county, Harden passed away in 2009, but the award was continued in his honor to recognize individuals and groups that embody those same principles.

Pickaway Progress Partnership (P3) is the economic development agent for Pickaway County and its municipalities. P3 has three main objectives: promote and market the advantages of locating business in the County; promote a stronger business environment by facilitating retention and expansion efforts of local employers; and deliver a seamless network of economic development services and value-added programs to existing businesses, local government, and prospective companies throughout Pickaway County.

“The common denominator for all recipients of the Ned Harden Goodwill Ambassador award is that their actions, deeds and how they live their life has had an impact on bringing people to the community.”