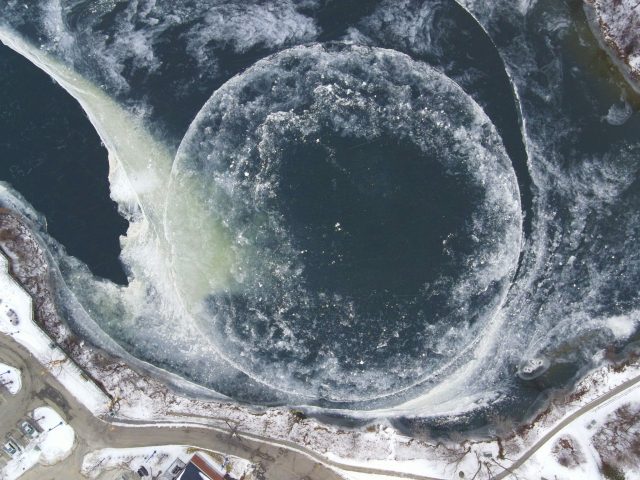 WESTBROOK – Ice disks are a rare and rarely photographed natural phenomena when accelerating water creates a force called rotational shear, the water slowly turns the ice and sheers off the edges of the ice until its rounded.

Ice circles go unnoticed most of the time and are rarely photographed or videoed.  Ice circles form under only specific circumstances and those often change rapidly making ice circles quick to disappear as well.

The photo of the ice disk you see here was taken today in Westbrook, Maine in the Presumpscot River. The city says that the ice disk is slowly spinning counterclockwise.

As a child that grew up in Maine on several occasions we would climb on these ice disks, now I shiver at that thought and how dangerous that could potentially be.