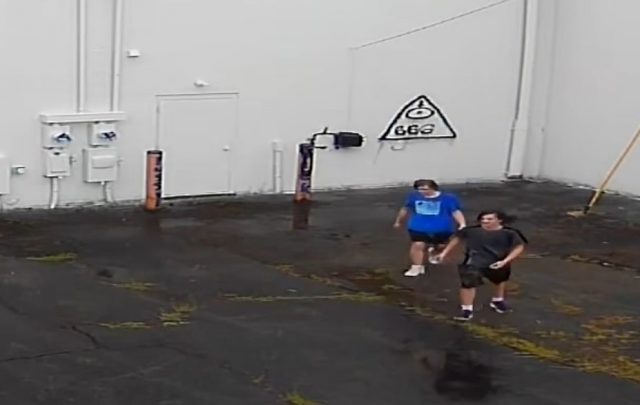 Jim Reitano said that he was shocked and disappointed in what happened to the back of his newly renovated property.

“A lot of damage has been done, it’s the entire back of the building, but it’s not just the damage but the images are disappointing.”

Reitano shared images of the two boys who took the time to paint. Lewd images of male genitalia, homophobic slurs, and Racial slurs.

“Sadly it seems like these kids aimed to be as offensive as they could be, and it’s not the first time, I’ve been targeted at this location.”

The owner told me that when he purchased the building a lot of these same images were spray painted on the building, and after cleaning it up he was hit once already with some graffiti. That’s when he installed the cameras in hopes to stop the situation.

“Now we know who is doing it, we just need names and we will prosecute. This has cost thousands and its also very hurtful to the community. When I reported this I told them I want to press charges 100%.”