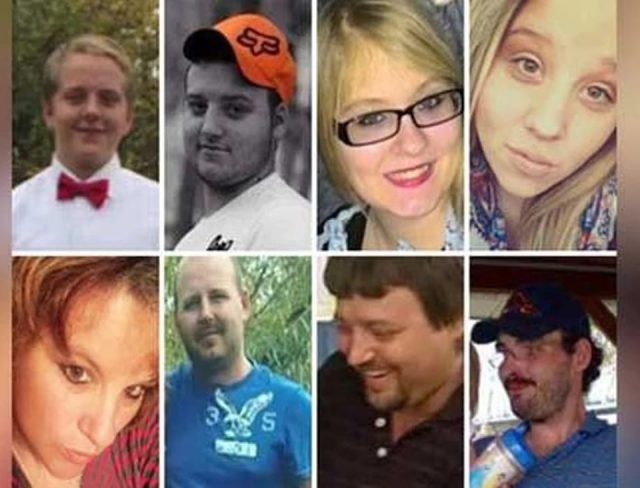 Special Prosecutor Angela Canepa told jurors that during the trial they will hear from Wagner’s brother Jake and his mother Angela.

Jake and Angela have admitted to their roles in the killing of eight members of the Rhoden family in April of 2016 and have already taken plea deals.

Jake admitted his family planned for months to kill Hannah to get custody of their two and a half year old daughter, Sophia.

George Wagner lV is one of two Wagner that will go to trial for the killing of eight Rhoden family members.

Billy Wagner, the father of the family, will be the next of the four family members to go to trial.

Although Billy Wagner’s trial is tentatively set for October, authorities have said they do not expect it to begin until 2023.

Jurors are expected to visit the property where the homicides occurred, although authorities towed away the trailers and camper in 2016. They have been stored in police custody since.

Deering approved a prosecution motion to allow jurors to view other properties that police repeatedly scoured for evidence, including a farmhouse in Peebles, Ohio, where the Wagners lived and where they allegedly voted to kill the Rhodens.