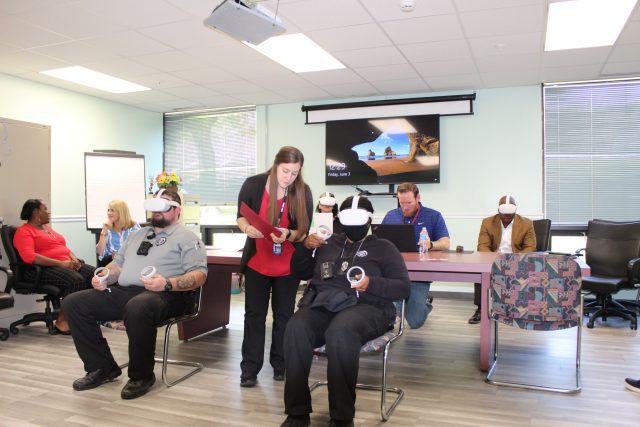 According to medical health experts, VR is growing in helping cure mental health.

Studies within the past few years confirm that VR is useful in treating various forms of psychosis. In 2020, the International Journal of Environmental Research and Public Health published a review of them and revealed interesting findings. The study says that 30 patients who suffered from delusions after the VR sessions showed a reduction.

Other disorders like PSTD or Post-traumatic stress disorder can be treated in such a way with exposure therapy, CBT, EMDR, and medication.

What is exposure therapy? Its a treatment that helps with all kinds of different phobias like spiders, traveling in cars, being in large crowds, and so on. Virtual therapy Reality puts you into one of those situations, your fear, and acclimates you to it virtually and helps break down fear.

Scientists are now studying how this technology can be used for substance abuse disorders, that are rapidly increasing. According to ODRC and Ohio Department of Mental Health & Addiction Services have partnered with New York University (NYU) to research the efficiency of virtual reality (VR) programming for substance use disorders. Dayton Correctional Institution participated in the virtual reality kick-off. The VR program will target populations that have limited access to treatment services. The goal is to explore whether it’s an effective supplement to traditional treatment methods, or an alternative to traditional treatment methods when traditional methods are otherwise unavailable.