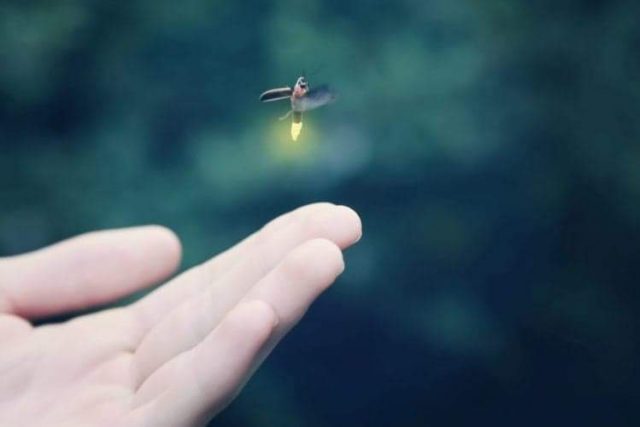 This time of year brings out all kinds of bugs and insect, some of which we all would rather live without. But there’s one that brings back childhood memories and warm summer nights, most locals know them as Lightning Bugs. These winged beetles are also known as Fireflies

Fireflies are most active on hot and humid nights, bringing out the beautiful light show that we all love to watch. The main reason for this display is for mating, the male will put on a display in hopes to attract a female.

The female lightning bug will lay their eggs in the ground in late autumn. Once the eggs are deposited, it can take up to 4 weeks for the eggs to hatch into larvae. The larvae stay underground all winter feeding on smaller insect pests as well as slugs and snails. Adult lightening bugs will feed on nectar or not at all and live for a total of two months once they emerge in the spring.

You will typically find that they prefer to live near vegetation or trees and that you can make your yard a haven for lightning bugs by turning off exterior lights and drawing your blinds at night to make sure the light pollution doesn’t brighten your yard too much.

While it’s not been proven, it’s likely that human light pollution has done more harm than good for the Firefly species. The amount of man-made light makes it harder for fireflies to find their mates and breed. Over time, this leads to fewer fireflies mating which is slowing down population growth. It’s also safe to say, the less you hold them or keep them in jars, the better it is for the beetle. The more you interfer with their mating, the likelihood that these insects will continue to die off over time.

Lightning bugs are insects that don’t bite, aren’t poisonous and they carry no diseases so they’re safe for children.