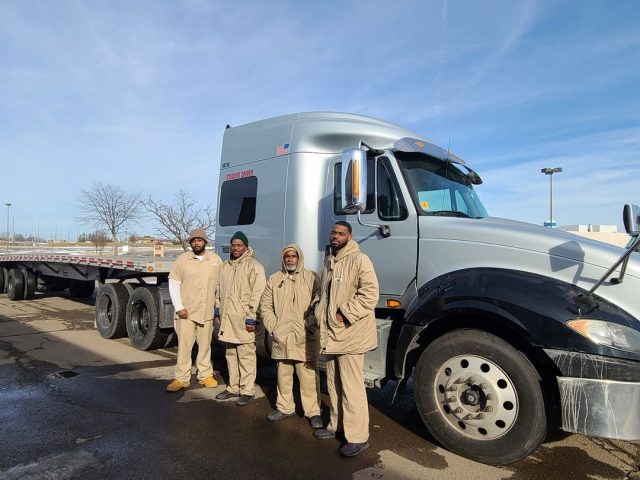 Capital Transportation is training Incarcerated adults from the Richland Correctional Institution on how to operate a semi-truck to earn a CDL Class A License.

In October 2022 the American Trucking Association (ATA) estimates in that the truck driver shortage will remain near its historical high at nearly 78,000 drivers. That number is based on the number of drivers currently in the market and the optimal number of drivers based on freight demand.

Some of those factors that led up to the shortages have to do with age, shortages of women in the work field, inability for current drivers to pass drug tests, and criminal backgrounds.

As part of this study, ATA estimates that over the next 10 years, the industry will have to recruit nearly 1.2 million new drivers into the industry to replace retiring drivers, drivers that leave voluntarily or involuntarily, as well as additional drivers needed for industry growth.

“These trends are notwithstanding the impact of potential regulations or laws in the future, either positive, such as lowering the minimum age of eligibility for a commercial driver’s license, or negative, which could lower productivity per driver resulting in more drivers needed to haul the same amount of freight,” the ATA report stated. “Because there is no single cause of the driver shortage, that means there is no single solution.”

Since then Trucking corporations have had to think outside of the box for new drivers and that’s where the idea to enter the prisons for potential hires was spawned.

This four-week training program helps inmates earn the Ohio CDL license, after released from prison they will be eligible for school work through the company to start driving commercially.