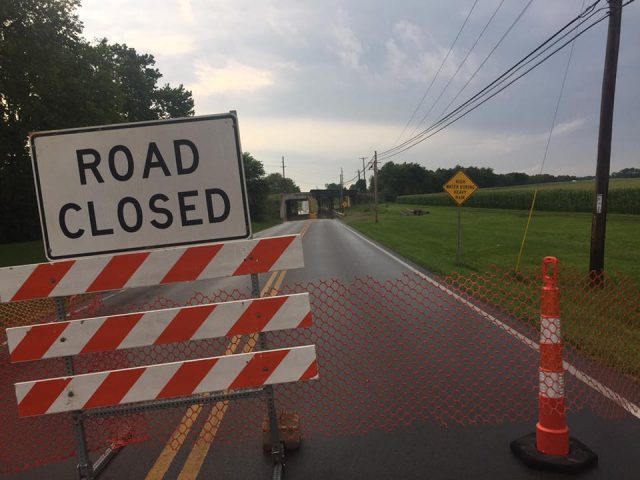 Pickaway – North Court street has been closed for almost a year cutting off Circleville to a well-used access to US-23 since October of 2021, now plans to reopen are coming soon, but it’s temporary.

The Norfolk Southern railroad project has had some issues according to the Pickaway Engineer department and delays caused by a summer of rain issues along with footer problems has delayed construction. Plans for a reopening around October 8th have been extended to October 15th. This won’t complete the project but just put it on hold until the spring of 2023 when the railroad will have to shut the roadway down again to finish the project.

The Engineers department told Sciotopost that the construction workers have to work with a limited amount of windows of the shutdown to the active line to replace the bridge, and they have missed those windows this year. Most of the substructure is finished, what they will have to do next year is construct the superstructure bridge alongside the railway, and when they can shut the railway down in the spring they will have to move quickly to put the reconstructed bridge into place. This will cause another closure of an unknown time in the spring.

The good news is the construction company has worked on some of the draining issues at this location so its possible that during heavy rains this may drain and not cause flooding in the future.