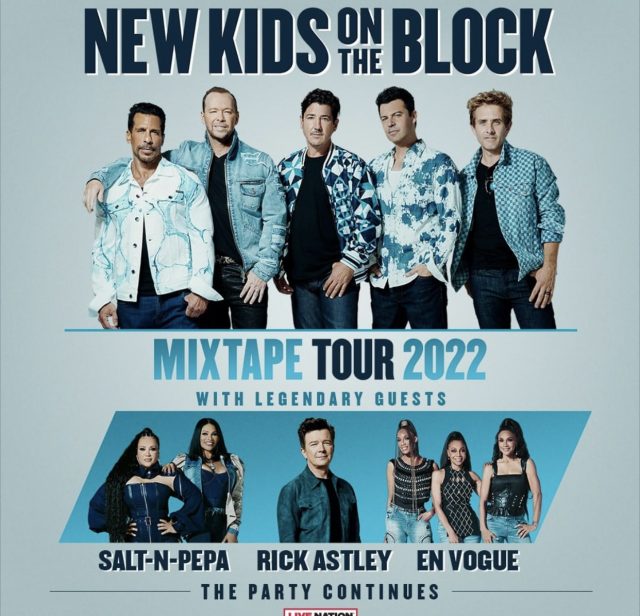 OHIO – Yup the New Kids on the Block are still “Hanging Tough” and are on tour next May and June in Ohio.

Two locations in Ohio to see them include Cincinnati, and Columbus. Tickets are now on sale at most ticket outlets.  The mixtape tour brings some of the very best back with Salt-N-Pepa, Rick Astley, and En Vogue.

Today New Kids On The Block, the multiplatinum-selling pop super-group, unveiled an epic lineup for their highly anticipated 2019 tour.  NKOTB took to the Today Show plaza to reveal The MixTape Tour with very special guests Salt-N-Pepa,  Rick Astley, and En Vogue.  The Four iconic pop and hip-hop acts will hit the road together for the first time ever on a 53-city tour across North America next summer.

Tickets will go on sale to the general public beginning Friday, October 8[th] at Ticketmaster.com.