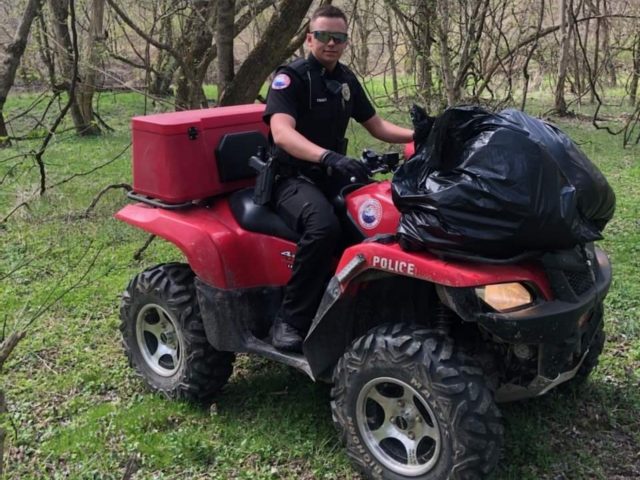 Below is a statement released by the Nelsonville Police Department.

Nelsonville OH- April 7, 2021 With the arrival of the warm weather, many new obstacles have arose for the Nelsonville Police Department. In the past couple of weeks, we have begun seeing makeshift homeless camps popping up on secluded city property.

We have received multiple complaints about people soliciting for money and individuals acting suspicious on or near the bike path. I believe that the bike path is a great asset to the citizens of Nelsonville. I want everyone to be able to utilize the bike path without being harassed or afraid to use it due to the fear of encountering suspicious people while walking, jogging, riding a bicycle etc.

To combat these issues, I wanted to make everyone aware that I have NPD Officers utilizing the NPD ATV to perform random patrols along the bike path, railroad, the wooded areas around Polley Field, as well as other secluded areas that are impossible to patrol in our vehicles.

The ATV patrols have already proven to be effective: this week we have located and dismantled two homeless camps where individuals had littered, had illegal burning, and engaged in suspected drug use. Officers cleaned up the trash, debris, and drug paraphernalia and discarded it.

If anyone witnesses any illegal or suspicious activity, please contact the Nelsonville Police Department at (740) 753-1736.