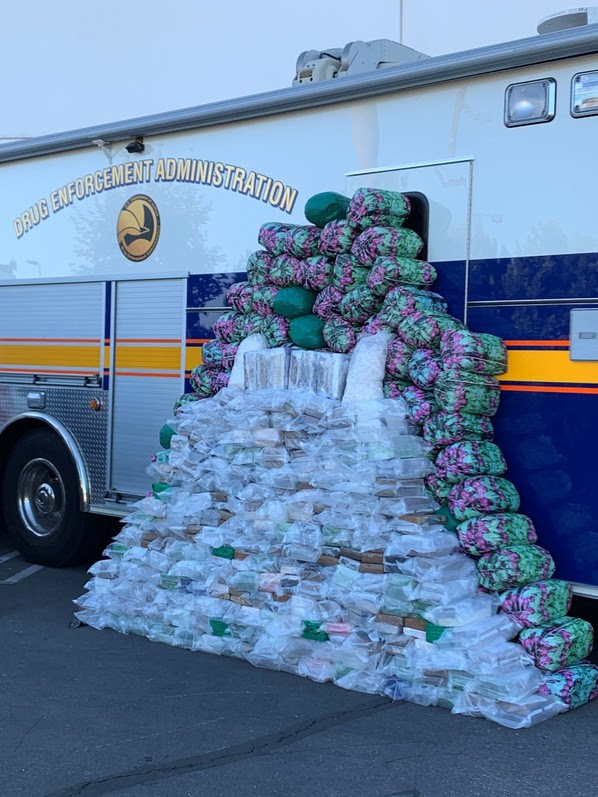 In June 2020, the Los Angeles Field Division, Southwest Border Group 2, began investigating a large-scale drug trafficking organization with ties to the Sinaloa Cartel involved in the transportation and delivery of large quantities of cocaine and crystal methamphetamine. During the course of the investigation, agents identified a Southern California-based narcotics courier/stash house manager along with multiple locations and vehicles associated with the courier and the DTO.

On October 2, 2020, through investigative means, agents and Fontana Police Department investigators established surveillance on the courier’s residence. During surveillance, Fontana Police Department investigators observed the target and a secondary associate load two duffle bags into a vehicle and leave the location. The courier target and the associate ultimately met with a third associate at a Sam’s Club parking lot in the city of Moreno Valley where they unloaded and delivered the two duffle bags to the third associate. During that time, investigators detained the courier target and the two other associates in the parking lot for questioning and they were later released.

Based upon the investigation and locations previously identified, agents authored state search warrants for multiple locations, including the courier target’s residence and a narcotics stash house within the city of Perris. During a search of the courier’s residence, agents located approximately 25 duffle bags within the garage of the residence containing approximately 406 kilograms of cocaine, six kilograms of heroin, and 650 pounds of crystal methamphetamine. 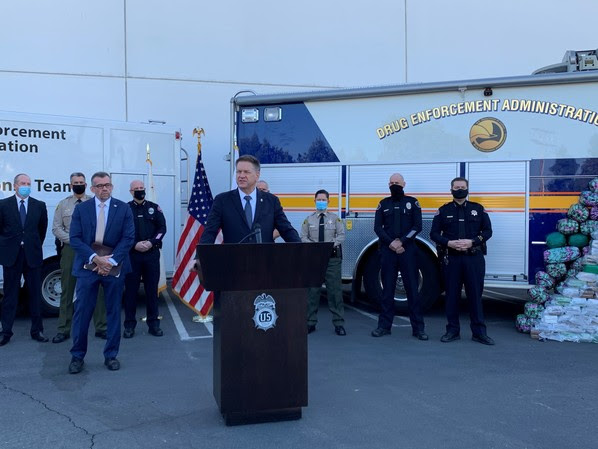 Additionally, during a search of the narcotics stash house in Perris, agents located approximately 1,600 pounds of crystal methamphetamine. This is an ongoing investigation.

“The largest DEA domestic seizure of methamphetamine in history is a significant blow to the cartels, but more importantly it is a gigantic victory for communities throughout Southern California and the United States who have had to deal with the torrent of methamphetamine coming into their neighborhoods,” said Acting Administrator Shea. “We continue to work with our state and local partners to attack drug trafficking at all levels and this seizure sends a clear message that we mean business.”

“Los Angeles is the major transshipment hub for Mexican cartels trafficking illicit drugs across our southwest border,” said Special Agent in Charge Bodner. “Successful seizures like these save lives and reduce the exploitation and victimization of our local communities.”

“The significant seizures announced today thwarted drug traffickers’ plans to profit from these dangerous drugs that cause incredible harm to our communities,” said Acting Assistant Attorney General Brian C. Rabbitt of the Justice Department’s Criminal Division. “The Justice Department is committed to making our neighborhoods safer by aggressively disrupting drug cartel operations in the United States.”