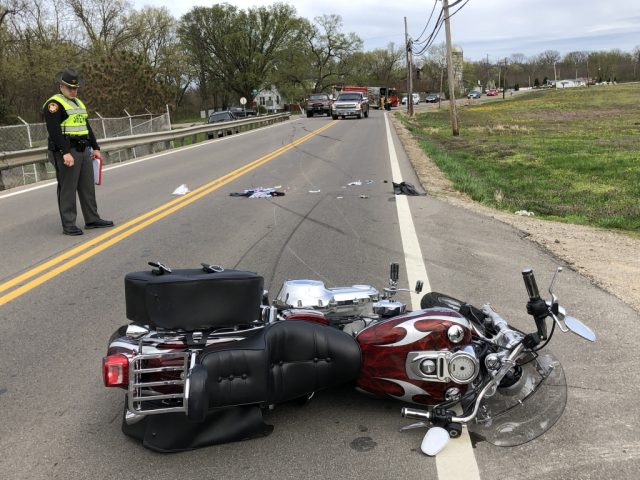 PICKAWAY – Its spring the weather is becoming better and that means more motorcycles are out on Pickaway county roadways, OSP says that motorists and bikes both need to be aware in the areas and time when more motorcycle wrecks occur.

Over the weekend almost a half dozen motorcycle wrecks occurred in Pickaway and Ross County. Several people were flown by medical helicopter and others transported to local hospitals

According to Lieutenant Robert Sellers of Pickaway Unit of the Ohio State Highway Patrol,  “the roads were the majority of motorcycle crashes occur is SR 56, SR 104, and US 23. We see more crashes involving motorcycles on Fridays, Saturdays, and Sundays than any other days of the week and the most crashes occur in the afternoon (after 3pm). This is due to people having time away from work and enjoying a weekend ride. But riders also need to be aware the weekends is when most of the crashes occur. Motorcycle safety is not solely the responsibility of motorcyclists, it is very important for all drivers to be aware there will be an increase of motorcyclists on the roadways during these times.”

May is National Motorcycle Safety Awareness Month and the Ohio State
Highway Patrol would like to remind motorcyclists to ride trained and sober.

In 2020, there were 3,982 traffic crashes involving motorcycles that resulted in 214 deaths and 3,590 injuries. Cuyahoga, Franklin, Hamilton, Summit and Lucas counties accounted for 34 percent of the motorcycle crashes in Ohio.

“Motorcycle safety is a shared responsibility,” said Governor Mike DeWine. “All motorists need to be aware of their surroundings and other vehicles using the roadway.”

Taking a training class, wearing safety equipment and riding with proper endorsements will help you protect yourself and others. Last year, 52 percent of at-fault motorcycle drivers involved in crashes did not have a motorcycle endorsement on their license.

Riding responsibly starts by ensuring you are properly trained and wearing proper safety equipment before getting on a motorcycle,” said Lieutenant Robert Sellers, Circleville Post commander. “It is also important to obey all traffic laws and to never ride impaired.”
Motorists should give motorcyclists a full lane of travel and look for them at intersections and while changing lanes. Always allow plenty of space in front of the vehicle you are driving and do not follow a motorcycle too closely.

Ohio law requires helmets for riders under 18 and drivers with less than one year of motorcycle experience. Passengers on motorcycles must wear helmets when the driver is required to do so.