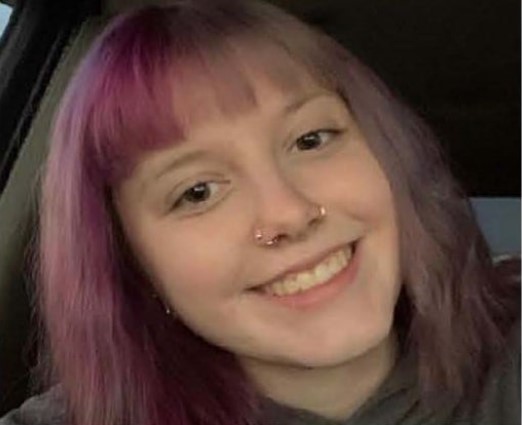 LANCASTER – Fairfield County sheriff is asking for public help in finding Rebecca Moore a Juvenile from the Lancaster area.

According to a press release on October 12 Moore left her job in Lancaster with a man named Connor Garry. He drives a 1995 GMC Safari van that has been cut off like a truck. Van license number is GPE-3118.

According to police her cell phone was found in Fremont Ohio discarded on the roadway. SHe contacted her family by pay phone outside of the state in Emmitsburg MD.

Moore has hair color of half black on one side and other side is turquoise, pink, purple, blue and blonde.