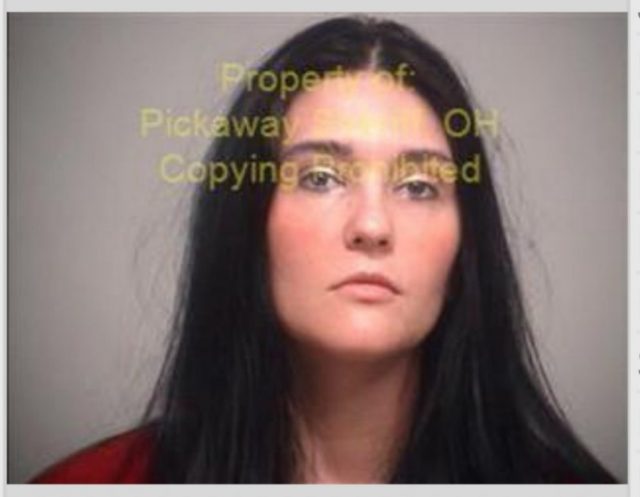 PICKAWAY – A Laurelville woman was found guilty today after she robbed a delivery driver at Logan Elm Healthcare, eluded law enforcement while fleeing the scene.

30 year old Amber Nicole Paxton was indicted by Grand Jury for the robbery and wasn’t arrested until she was involved in a vehicle crash in Hocking County in May. During the wreck authorities arrested her on a warrant and she was transported back to Pickaway county to face her charges.

This week Paxton faced Pickaway County Common Pleas Judge Randall Knece and was found guilty of Robbery and theft of Drugs both felonies. Paxton was sentenced to three years in prison and a 2,500 dollar restitution fine.