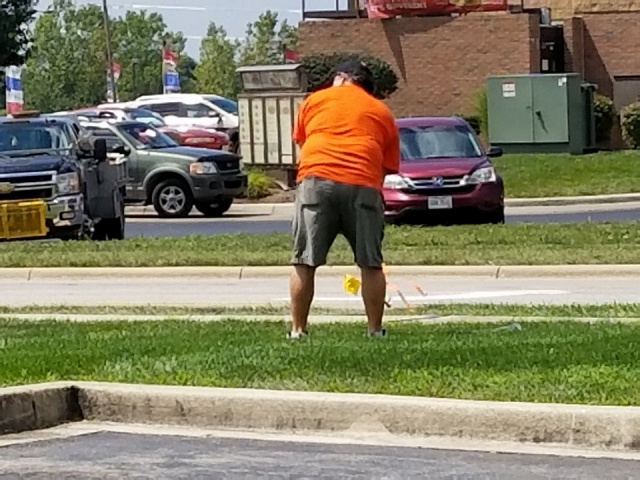 The Scioto Post received a message from a concerned county worker regarding a potential situation in Circleville. The concerned worker sent us word that someone was playing golf in a high-traffic area between KFC and Wendy’s in Circleville, and our staff decided to investigate. 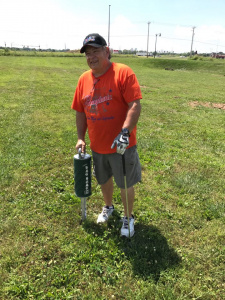 What we found was Jimmy, a truck driver from Louisiana. He said that he was a police officer in Miami for 25 years. He was on his way to New York on a load, and decided to play golf wherever he could. “It’s the only exercise I can get” he told us with a prominent Cajun accent.

Unlike a dog, he told us he cleans up his mess. Every time he struck a golf ball, he counted the number, making sure to retrieve them before leaving the “Field of Play”.

After the interview, Jimmy left the scene of the sport and continued on his way to New York. Only time will tell if more golfers decide to take up the sport in a provocative field of play.