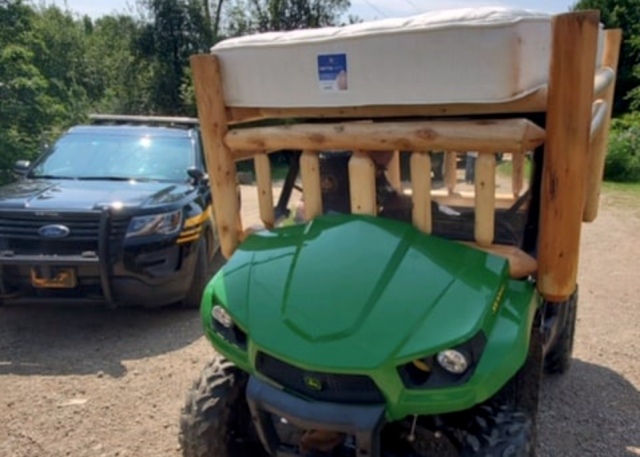 PIKE – A man is in custody after the sheriff department caught a thief red handed with some stolen items.

According to the the Sheriff Deputy Carver has arrested, Christopher Wilson Mason, age 37 of 640 Unger Hill Road, Lucasville and charged him with burglary of a residence on Waldren Hill. Mason will be lodged in the Butler County Jail. A case will be presented to the next term of the Pike County Grand Jury against Mason. Several items were recovered including a log bed, flat screen tvs and a John Deere side by side.