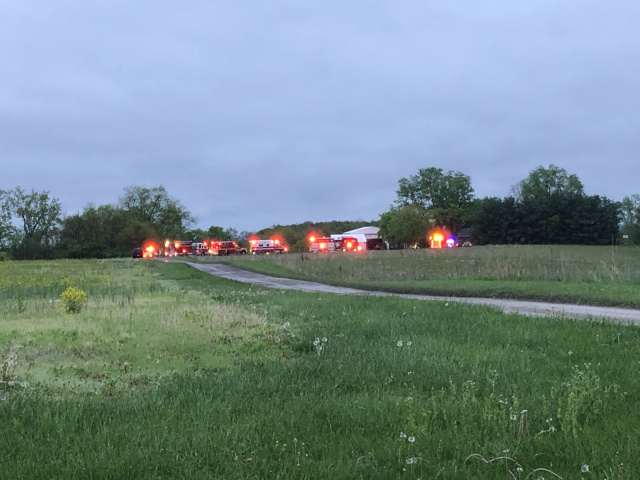 COMMERCIAL POINT – According to Pickaway County Sheriff Robert Radcliff, his office is investigating a deadly incident that occurred at a residence located at Walker Road in Scioto Township, in Pickaway County.

The Accident was called in on 911 to the Pickaway County Communications Center at 740 pm on May 4, 2019, of a report of a man trapped under a tractor.  The victim was identified as Terry S. Copley, age 52.

The investigation indicates the victim was dragged under the bush hog attachment hooked to the Massey Ferguson tractor. The tractor went though the wall of a barn and down a hill approximately a distance of 200 feet. The tractor was found running and in gear, however the bush hog was not engaged.