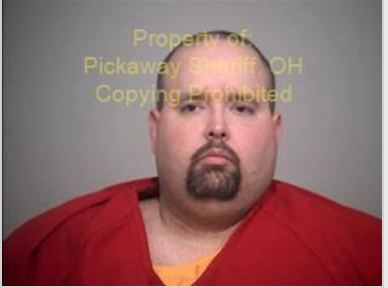 Being “former” didn’t stop home from going on local pages and advertising for the group, in February he posted on a local Commerical Point page called The Official Commerical point forum for a fundraiser. This wasn’t the first time he had posted from this group. 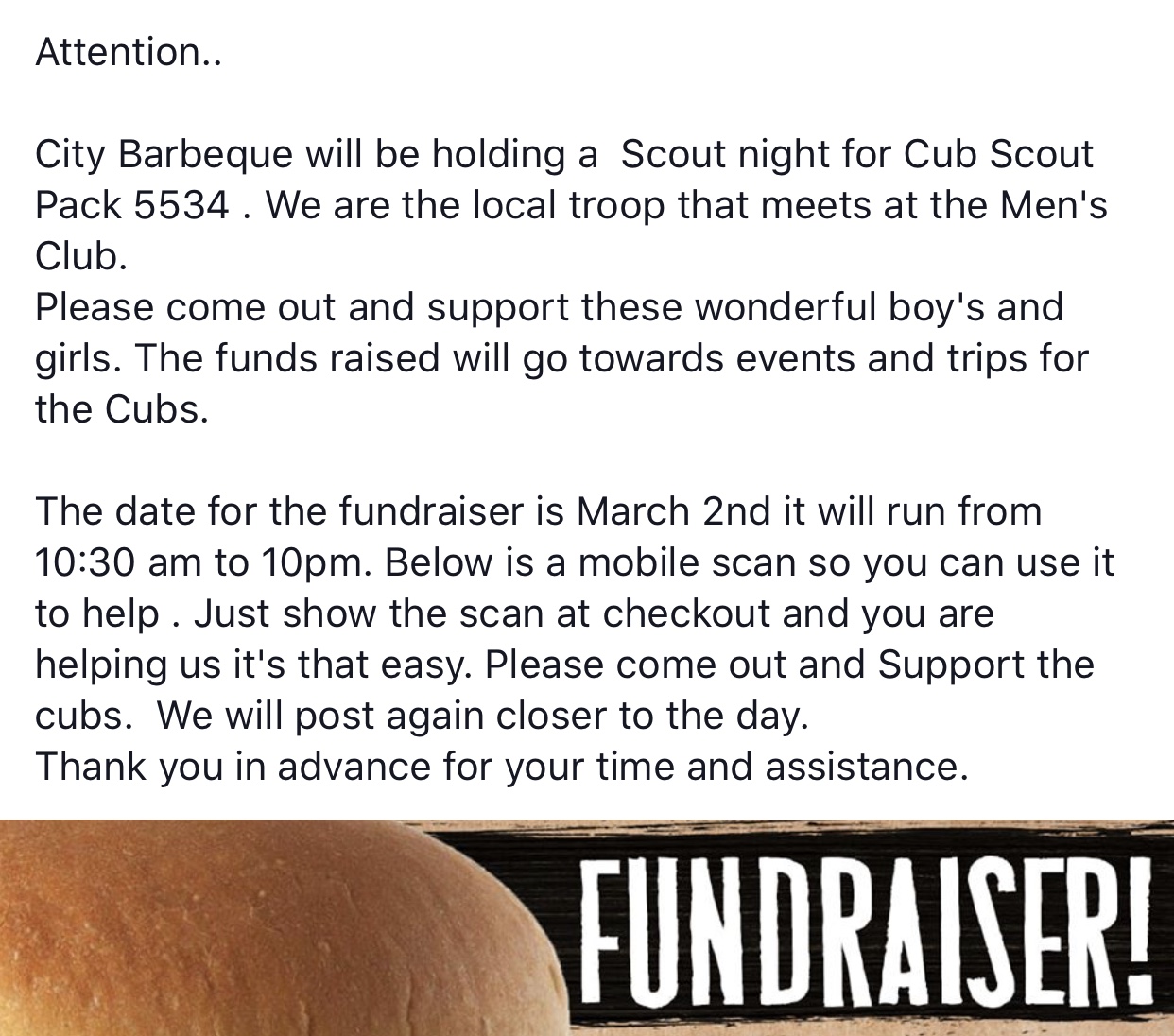 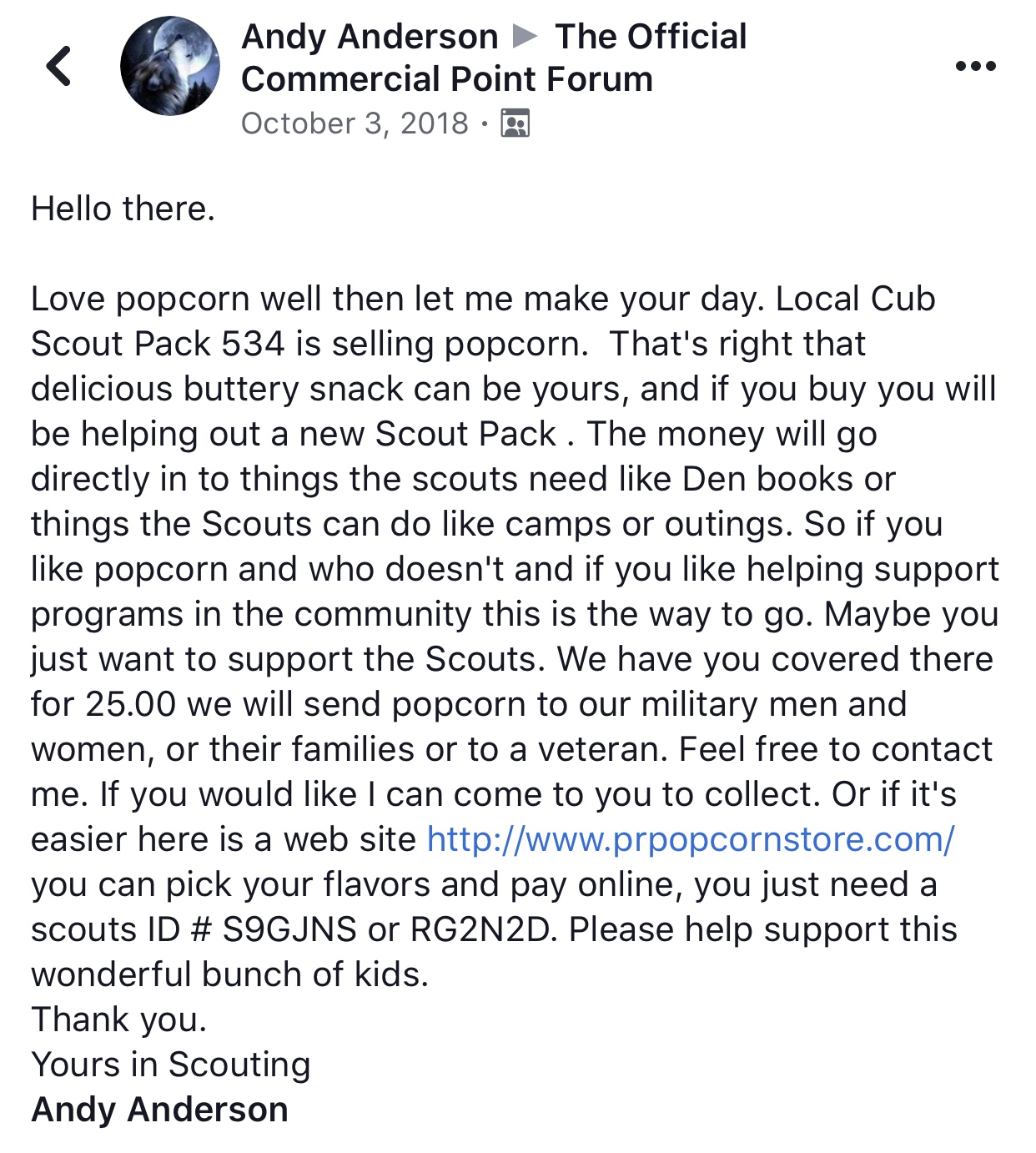 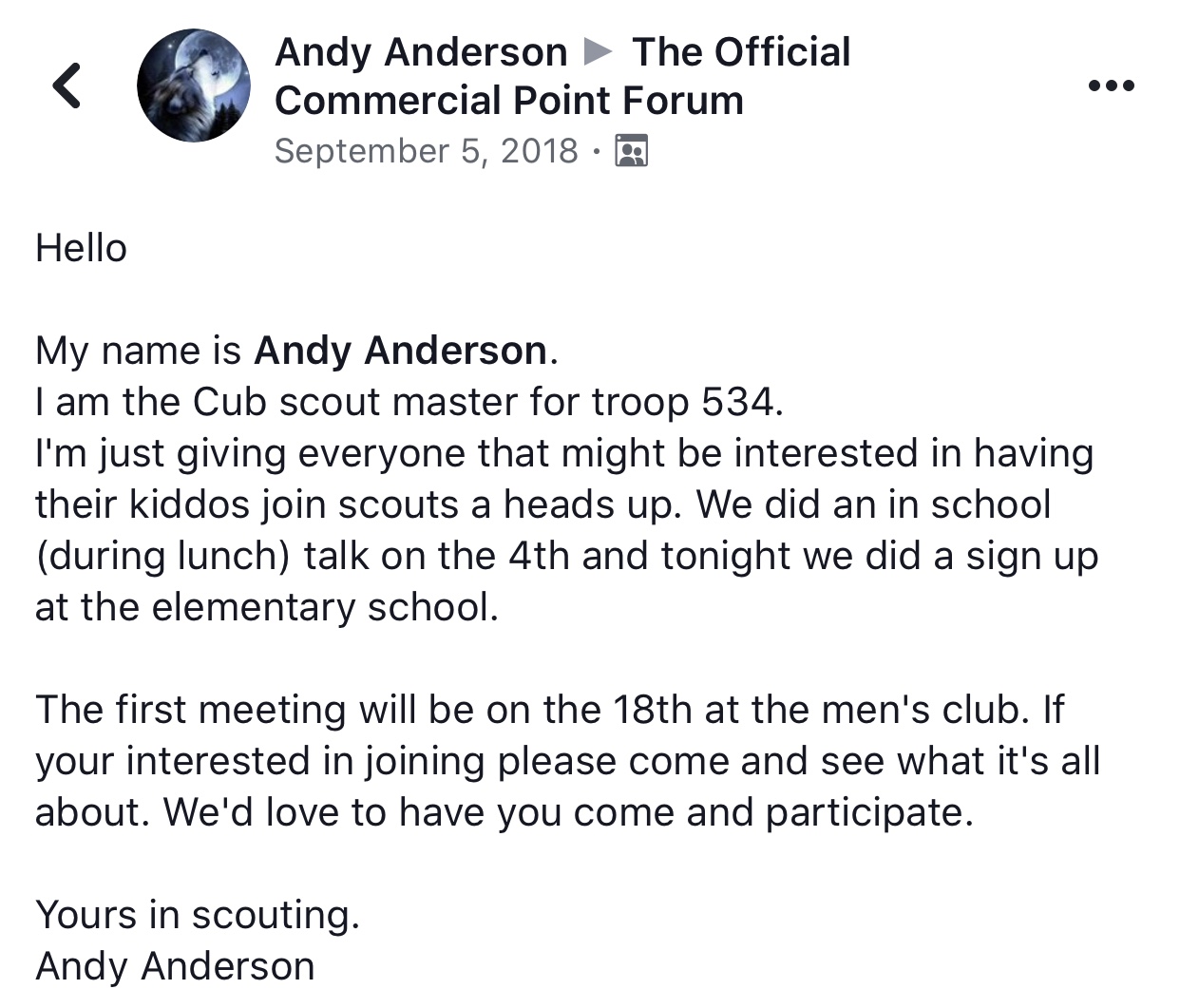 On scoutcander.com a page for cub scouts Andy Anderson is listed as a Cubmaster for the pack. Heres the link: https://www.scoutlander.com/publicsite/unitcontact.aspx?UID=47368 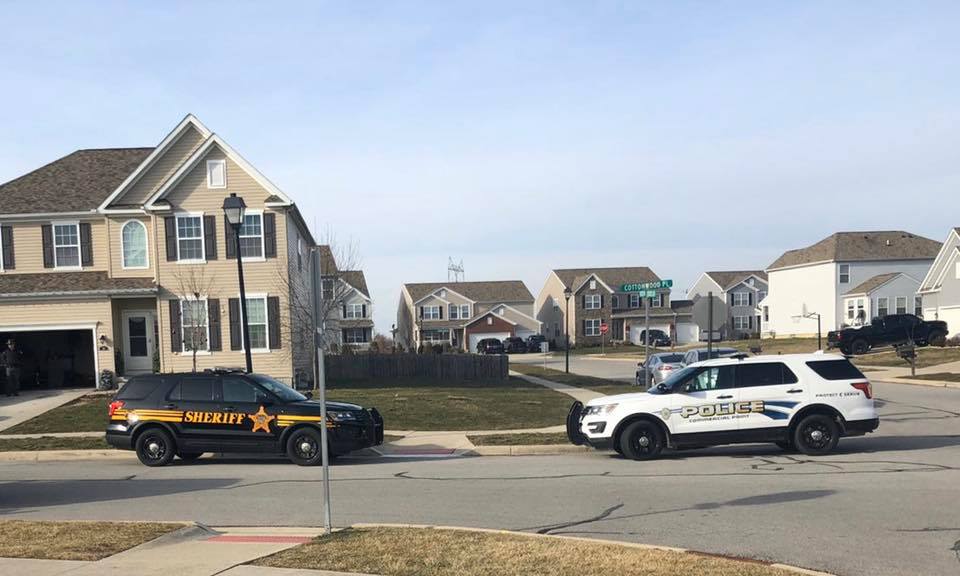