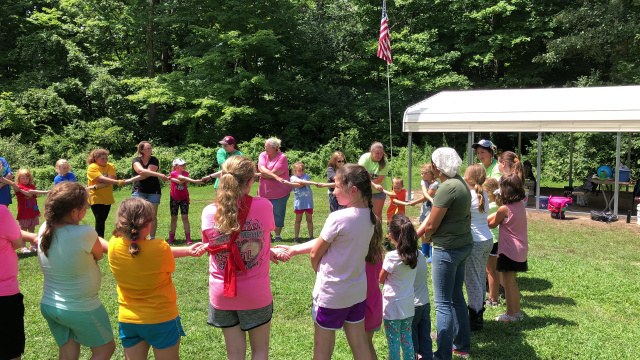 Girl Scout groups met this week with Logan Valley Day Camp that was hosted all last week at Hargus Lake in Circleville.  The event is always the last week in July and is aimed around some traditional girl scout experiences, for example, hiking, exploration, and group exercises.

This years theme was the world of wizardry and used some names from Harry Potter like Hufflepuff.  The girl scouts created S.W.A.P.S or some whatchamacallit affectionately placed somewhere items to share and trade.  The Scouts also were involved in Wide games, singing GirlScout songs, flag up and down ceremony,  traditional camp cooking, hiking, learning, Girl Scout product programs, and end the week with unit skits originated by the girls.

Camp director is Charlena Fisher and she affectionately gives camp names to the girls each year. 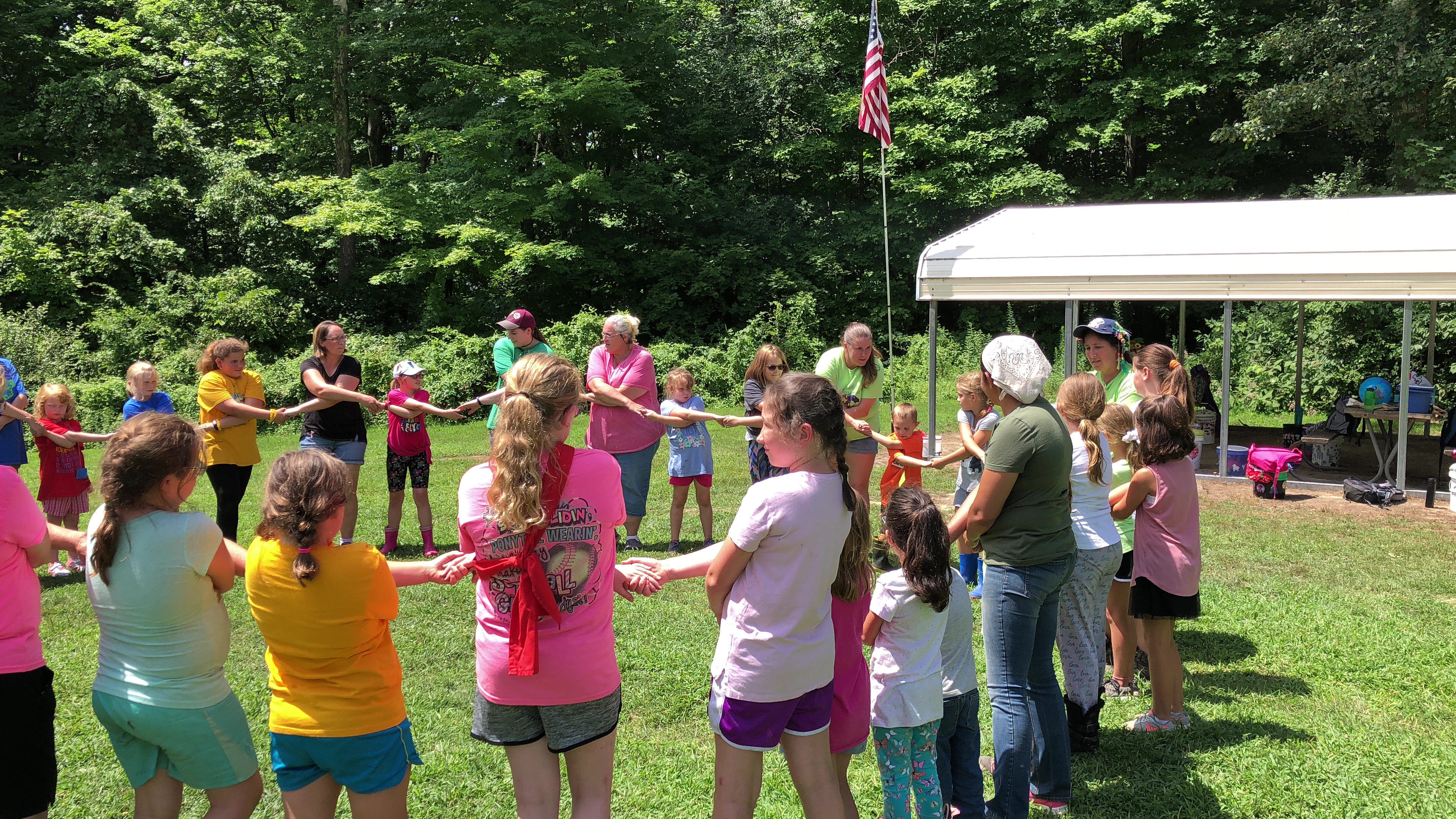