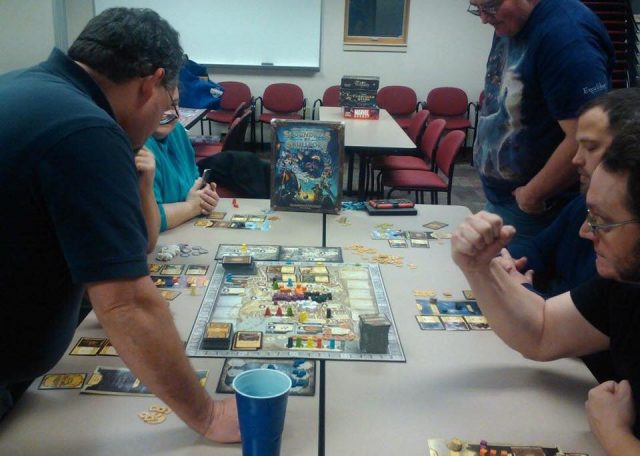 Once a month at the Fire Station located at 586 N. Court St, a group of people from the community join together to compete against each other within dozens of board games.

And they have a spot for you, too.

George Sauer (III) leads the group of gaming enthusiasts, with Ken Good, Jeff Mullet and Nick Payne making up the core group that joins in every month. George started the group a year ago as a way to meet and compete with other people in the community and grow out the local board gaming scene. They hope one day that the gaming group gets larger and needs to move to a larger venue, though. 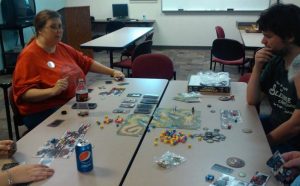 “We just want to play games and let everyone know this is the golden age of board games.” said George,  “There are literally thousands being published every year that those outside the hobby have heard of – and there are many, many great games.” 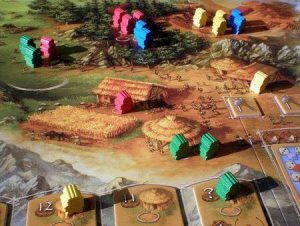 No experience is needed to join in for a game, but they do request that if you bring young children, that you supervise them. “This is a working fire station, and we don’t want young kids running around.” The group encourages kids to join the monthly events to learn about the exciting world of board gaming.

The next gaming event is on September 2nd, and the events are hosted monthly. To learn more or get involved, join the Circleville Gaming Group on Facebook.