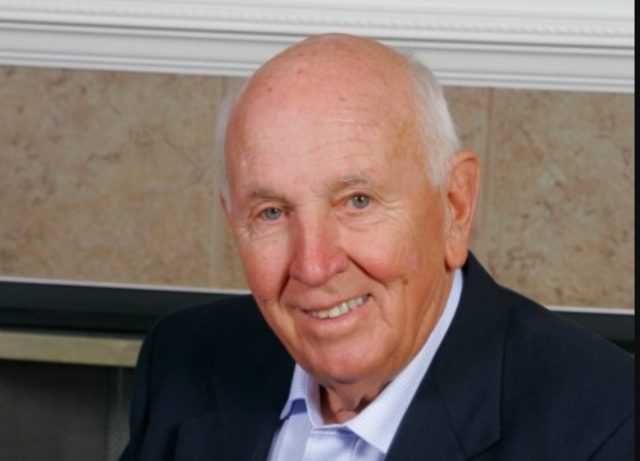 Lewis Gerald Metzler, also known by his friends and family as Jerry (Dad and Papa), passed away on September 7th, 2022 in Circleville, Ohio.  Jerry was born on August 12, 1931 in Blanchester, Ohio, to the Reverend Lewis Spurgeon and Mabel (Marshall) Metzler.  As the son of a Preacher, Jerry had the opportunity to be exposed to the Christian faith from an early age.  This exposure eventually led him into a career within the southern gospel music industry that positively impacted the lives of countless individuals.

Just before forming his own group in 1964, Jerry had joined The Southernaires out of Portsmouth, Ohio.  Although his time with The Southernaires was short lived, this experience helped jump start a nearly 60-year career as Owner and lead singer of The Royalaires with a mission to spread the message of God all around the world through their music.  With almost six decades of ministry, the group included his wife Susan Metzler and Michelle Davis, along with numerous past performers that have remained close friends throughout the years. As a group, The Royalaires were able to influence the hearts of many thousands as they performed in numerous churches across the country (and internationally) throughout the years.

A special thanks to the Hospice team along with Circleville Post-Acute Center for the help they provided.  In lieu of flowers, donations can be made to the Janet Metzler Scholarship Fund through Ohio Christian University by visiting https://www.ohiochristian.edu/advancement/giving-form and selecting the “Janet Metzler Scholarship” in the designation dropdown list.  A viewing will be held on Monday, September 19th from 2:00pm to 6:00pm at the Wellman Funeral Home, Circleville.  Funeral services will be led by Reverend Mark Clendaniel and held on Tuesday, September 20th at 12:00 p.m. at the Good Shepherd Community Church at 210 Obetz Road, Columbus, Ohio 43207.  Online condolences can be made to www.wellmanfuneralhomes.com.