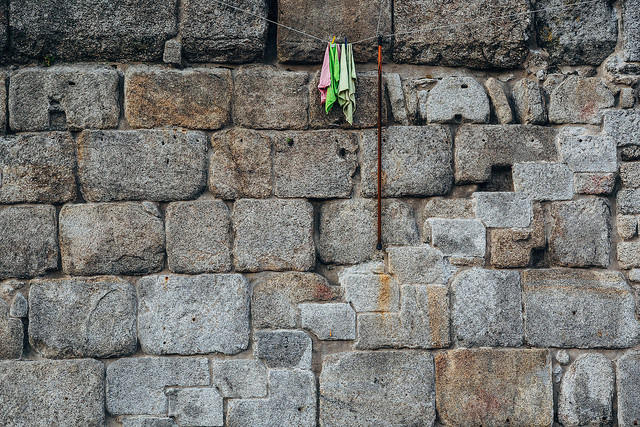 The Editor
The Scioto Post
To whom it may concern,

I am writing in support of the border wall President Donald Trump plans to build along the southern border. The border wall is an immigration policy issue that needs to be addressed with facts and clearly stated reasoning, I hope to provide clarity on this issue.

Many people say supporting the border wall is a racists stance. It is seen by many to be an effort to block out the Mexican people. But truly, that is not the purpose for my support of the border wall, or I think, the reason President Trump wants to build the wall. There are two major reasons why I believe the wall is needed, the first is due to how our current welfare and Medicare system is set up, an illegal immigrant gets access to both programs. If you are unfamiliar with welfare and Medicare, both are government funded (tax payer dollars) programs that provide people with money for medical and living expenses. The biggest problem with this is that illegal immigrants do not pay taxes, and taxes are what pay for Medicare and welfare. America cannot remain a fair and prosperous system if we have tons of people living in the U.S. who are not paying taxes, working, but living off of the State. Most illegal immigrants work, but do not pay taxes on their income, again this is only putting more burden on the citizens of the United States and the state, to pay for people to live in the U.S. who are not paying into the system. This is bad for the nation and for the tax payer, at some point taxes need increased to pay for a growing population of people who are living and receiving money, but who are not paying into the system. This is why I support the border wall. I do not want tax increases, I don’t want a larger burden on the average working-class American who pays taxes. The wall is meant to help stop the influx of people to protect the American people, which is why I so adamantly support the building of the wall.

The second major reason why I support building the wall, is to stop unnecessary crime in the U.S. The tragic case of Kate Steinle is a sad example of what not taking the proper steps to stop illegal immigration can do. Steinle was a thirty-five-year-old woman who was walking with her father on a pier in the Embarcadero district of San Francisco. As they were walking she was shot from behind by a Mexican illegal immigrant, who had been deported five times before. It was a terrible tragedy, and unfortunately crimes by illegal immigrants aren’t unheard of, and it’s something the government can prevent. If we have a border wall, we can cut down on the amount of these unnecessary crimes that occur. Hans A. von Spakovsky and Grant Strobl, writers for the Heritage Foundation put it this way, “Every crime committed by an illegal alien is one that wouldn’t have occurred if that alien wasn’t in the United States in the first place.”

This could be a growing problem as well, currently we are at a high point of immigrants, according to consensus numbers(cited below), and growing, the current number of immigrants we have are about 60 million. Not all of these are Mexican immigrants, but Mexico is where most of the immigrants are coming from, legally and illegally. Because of the growing number of immigration, naturally there is a growing number of illegal immigration. The border wall would help stop this trend, if there had been a physical barrier on the border, maybe the man who killed Kate Steinle would not have been able to cross back over again.

In closing, I support the border wall for these two major reasons, but there are many more that show why the border wall would be such a great investment. I am not against immigration or against Mexican people coming to the U.S. I am simply for protecting the American people.