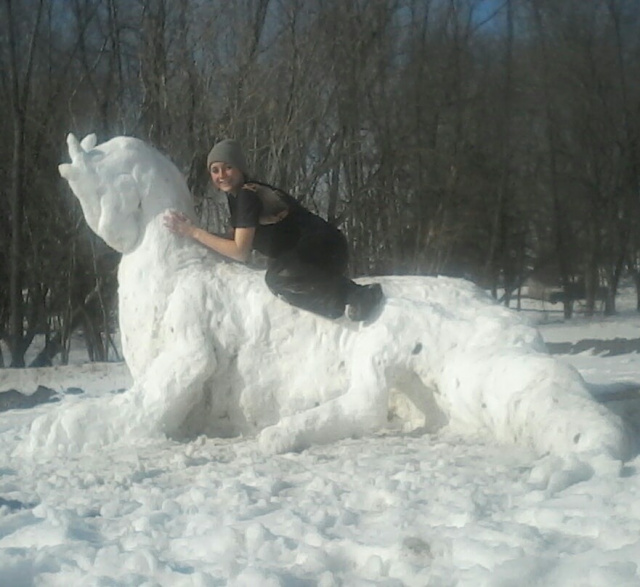 ROSS – Hannah Depew has been drawing since she was 2 and a half years old. “I’ve been building snow sculptures for longer than I can remember as well. My first memory of it is probably sculpting a little snow angel in the front yard with my mom when I was probably 3, (Of course Mom did most of the sculpting). Sculpting by myself, I remember playing in the snow drift and sculpting small dinosaurs,” said Depew. 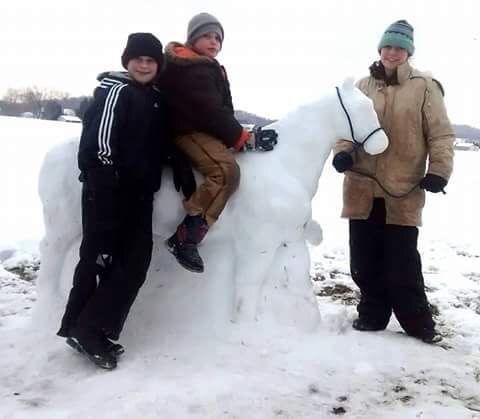 Depew’s art skills do not stop at just snow sculptures, “Well, I’ve been drawing since I was 2 1/2 years old. I have drawn with lead pencil for as long as i can remeber. I’ve been painting with acrylics and oils for about 2 years. I enjoy sculpting with resin sometimes. I have also sculpted with sand. I kinda have a reputation for somehow making art out of ANYTHING!  I’ve entered art at the Ross Co Fair every year for 11 years,” said Depew.
- Advertisement - 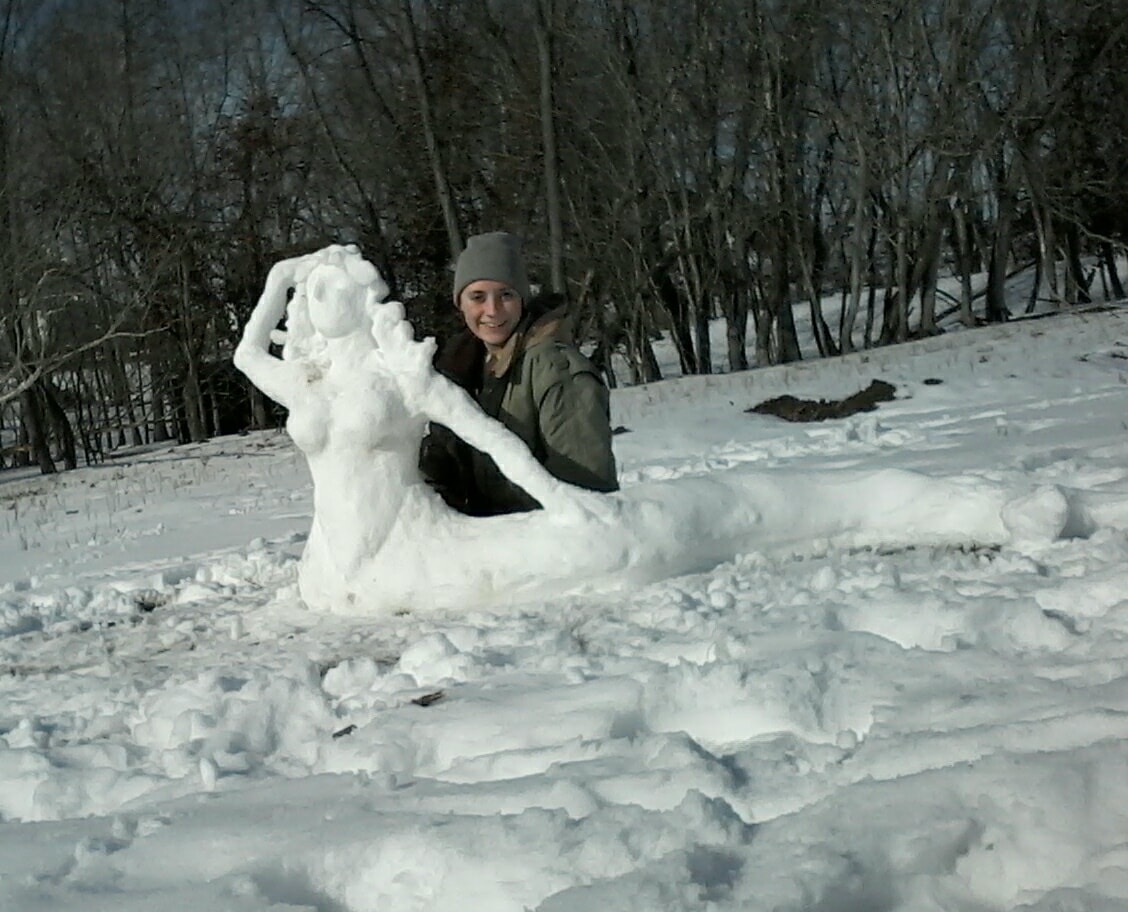 “The first grand snow “sculpture” i can remember was an enormous snowman i built with my best friend about 4 years ago. We also did a 6 ft tall angel in the horse field.  In 2015, I built a large “snow horse” which appeared on channel 6. The same year, I built a snow goat.  In 2016, I built a tribute to one of the greatest things from my childhood. . . A sculpture of Winnie the Pooh. 2017’s winter had no snow to build with… So, I made up for it this year.” 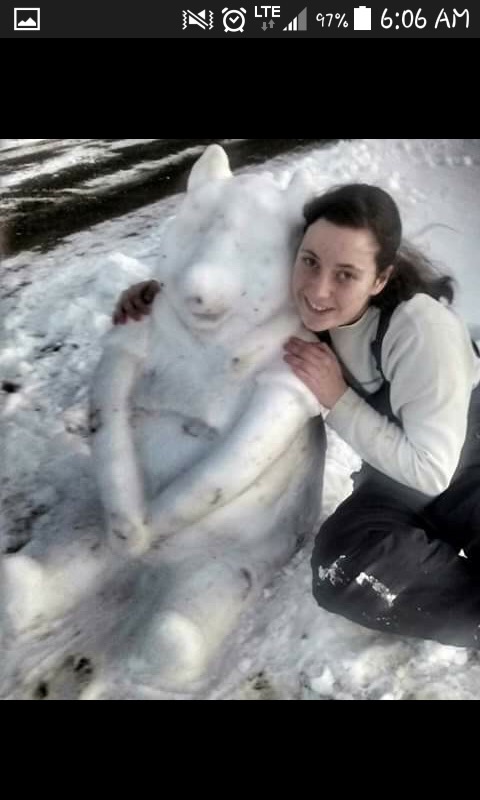 Hannah’s Snow builds this year include a mermaid, an elephant, and a giant dragon thats over 10 feet long. “My brother helped me with the elephant by lifting its head onto the body for me, he’s strong!” 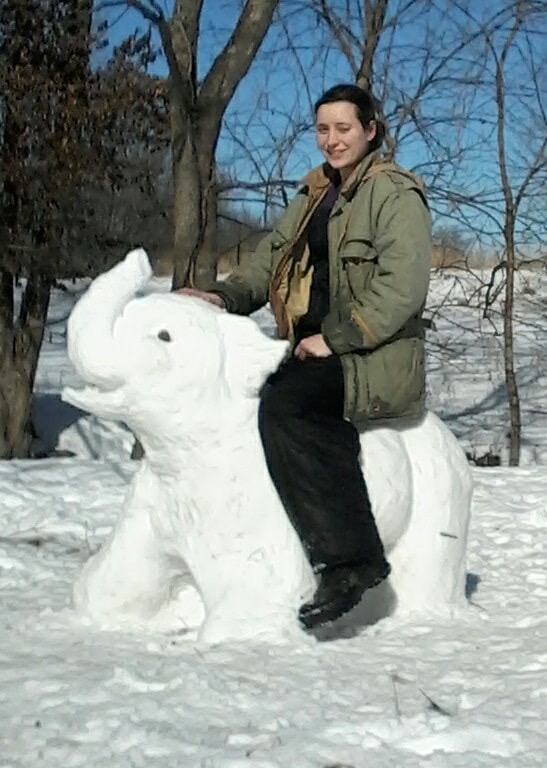 Hannah was homeschooled through Christian Liberty Academy. She was born in Chillicothe and has lived on the same farm my whole life. I am 19 and raise goats. “My art work is meant ultimately for puting smiles on the faces of my friends and family. I love giving art away and making people happy.” 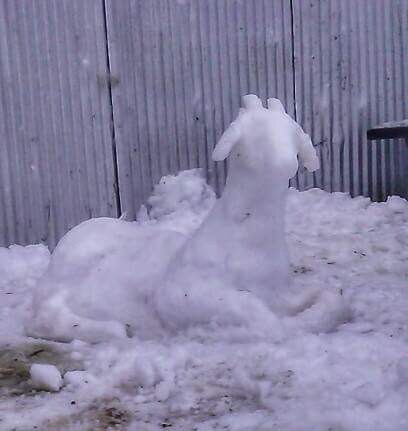 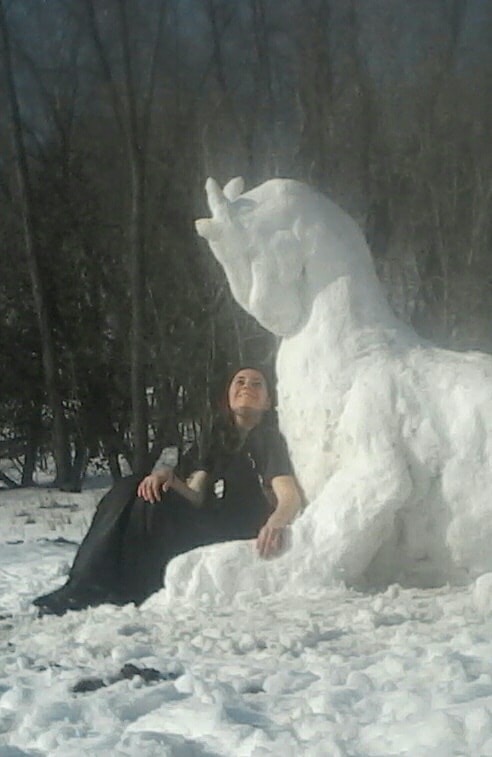 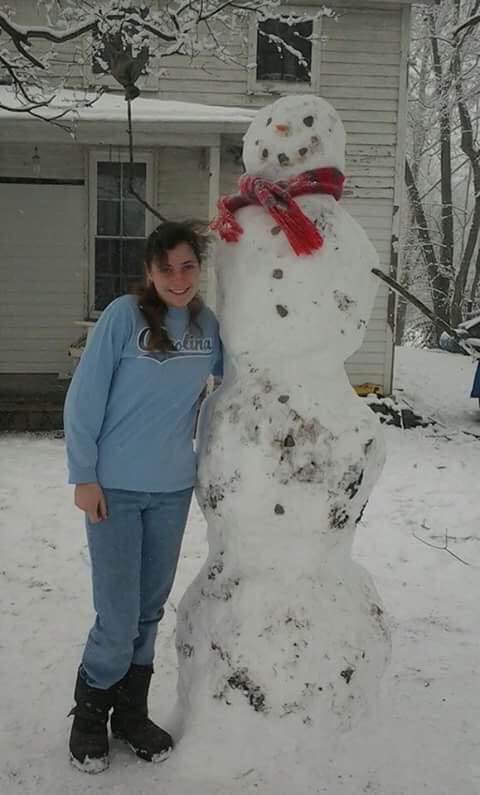