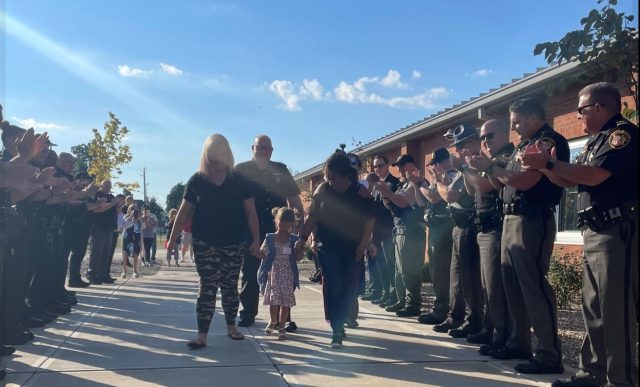 Licking County – The thin blue line showed up for a 5-year-old and stood in the place where her dad could not after her dad was killed on duty in 2017.

Lilly DiSario wasn’t even born yet

Chief DiSario had only served with the Kirkersville Police Department for three weeks.

Today dozens of law enforcement showed up to show support for a 5-year-olds first day.