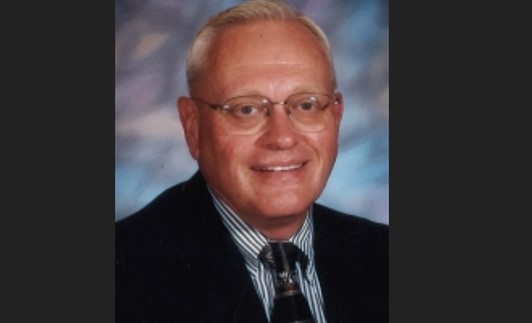 Larry was born on November 11, 1942 in Toledo, OH to the late Clyde and Charlotte (Vorderburg) Cook.

Larry graduated from Toledo Libbey High School in 1960, where he starred in football (All-Ohio), basketball (All-City) and baseball (All-Ohio). On a full athletic scholarship, Larry attended Bowling Green State University. He was a four-year member of the football team, playing in two MAC Championship Teams in 1961 and 1962. Larry graduated in 1964 with a Bachelor of Science Degree and received his Master of Arts Degree in Education in 1968.

He was a member of the Sandusky Rotary Club, Sandusky Elks Lodge #285, Huron Fraternal Order of Eagles #2875, National Football Foundation Halle of Fame and the BGSU Falcon Club.

Larry is survived by his brother, John (Ginger) Cook. Larry was an uncle and great uncle to many.

In addition to his parents, Larry is preceded in death by his first wife of 35 years, Carol (Parker) Cook in 2011.

Larry was a passionate and successful teacher and coach. He loved working with young people in hopes of helping them turn into young adults. Larry was widely respected and loved by his former coaches, students, and players, many of whom have stayed in contact over the years.