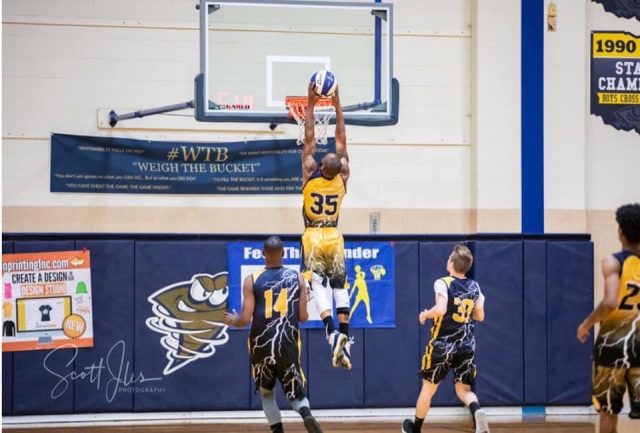 Lancaster, Ohio – Lancaster ’s semiprofessional basketball team, the Lancaster Thunder, will kick-off its third season with their 2021 men’s basketball media/signing day on Saturday, October 31, 2020 at 2:00pm. The event will be held at Marcoin Business Services located at 422 Courtright Drive, Pickerington, Ohio. This event will feature all the players and staff. Due to COVID restrictions, space in the signing room will be limited but there will be opportunity for individual interviews and photos in a socially distanced setting.

The Lancaster Thunder has worked very hard to build a successful team over the previous two seasons. During their inaugural season they won the NABL NE Conference and reached the NABL Final Four. In 2020, the Thunder joined the Premier Basketball League (PBL), made up of teams from Ohio, Pennsylvania, Kentucky and New York. The PBL has expanded and the Thunder looks forward to completing against the following 7 teams during the 2021 season; Buffalo Blaze, Chautauqua Hurricane, Cincinnati Crush, Dubois Dream, Glass City B.C, Kentucky Enforcers, and Rochester RazorSharks.

The team is owned by local educator, Dr. David Fant, who has been a Lancaster resident for nearly 20 years. He started the Lancaster Thunder to showcase the area’s basketball talent as well as to create a sense of community around the game of basketball. Fant says that the team will once again be active in the community and involved with local charities.

The Thunder will be coached by Jamelle Cornley, who brings an impressive resume to the team. Coach Cornley was the high school division one player of the year (2004), Ohio Mr. Basketball (2005), Big Ten Freshman of the year at Penn State (2006), 2x Penn State co-MVP (2007 and 2008), NIT MVP (2009), and has played professionally on four continents.

The team is loaded with talent, including local Lancaster alums Tristan Pierce and Phil McKnight. They are looking forward to an exciting season!