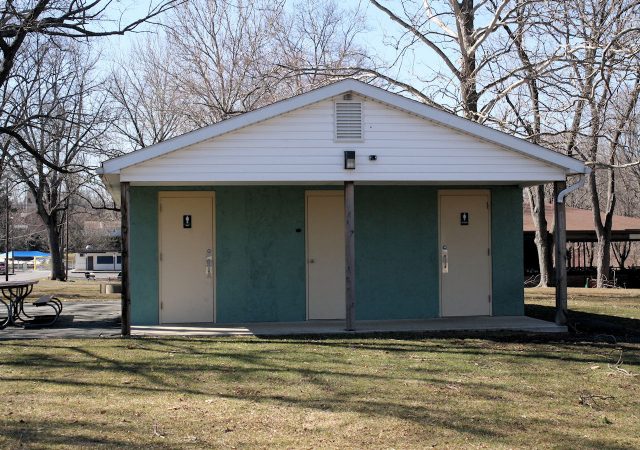 CHILLICOTHE – A city employee may be in trouble after detaining three children in a city park bathroom.

According to the Chillicothe Police department, they were called to the scene of 19 Enderlin Circleville (Chillicothe city pool) when a City Parks and Rec employee was holding several children locked in a bathroom.

According to the report, the employee said that he smelled a strong smell of marijuana from the men’s bathroom and locked the kids inside so they couldn’t escape and called the police. He told police that he had observed four children in the bathroom and assumed they were using drugs.

Chillicothe officer immediately advised the employee that he could not lock them in a restroom, and according to the report he was agitated with that statement.

The officer told the employee to unlock and allow the children to come out so they could be identified, an 11, 12, and 14 year old was identified and a 16-year-old was still on scene.

The officer reported that he did smell a strong odor of marijuana but did not find any evidence of the kids using it, the children told police that it smelled that way when they entered the bathroom.

One parent Amanda Grooms the mother of two of the children arrived on the scene shortly afterward and was very upset that her child was locked in the bathroom by a park employee and asked to advise a supervisor on the incident.

The incident is currently under investigation, and charges could be pressed against the employee for illegal detainment, even kidnapping.