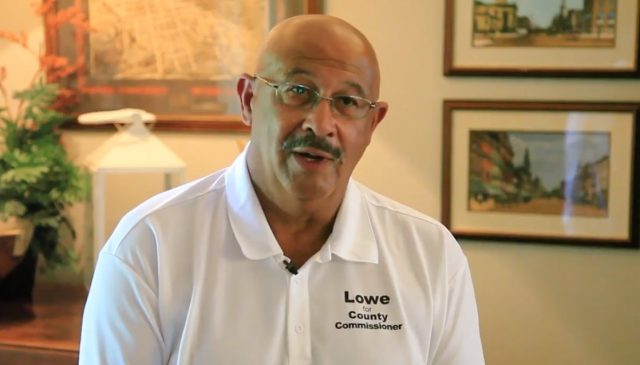 ROSS – Commissioner Lowes became the first African American Commissioner to be sworn into office in Ross County, ever this Thursday December 31, 2020.

Lowes says that he’s not, “a smooth talking politician” but what he is “engaged, hardworking and wanting to make a difference in the community.”

Lowes ran a campaign that he called “black and white” because thats how he says he would run Ross county, black and white, meaning honest and above board.

The commissioner says that he is a true red white and blue American conservative Republican that has respect for, ‘the thin blue line.”

Lowes in his lifetime has served in the Armed forces as US Army Military Police, A Chillicothe Police officer, to the Ross County Sheriffs Office safety officer. Lowes has served on the Adena School board for 18 years.

Lowes has been a lifetime resident of Ross County. He will officially take his first public meeting as commissioner Monday.