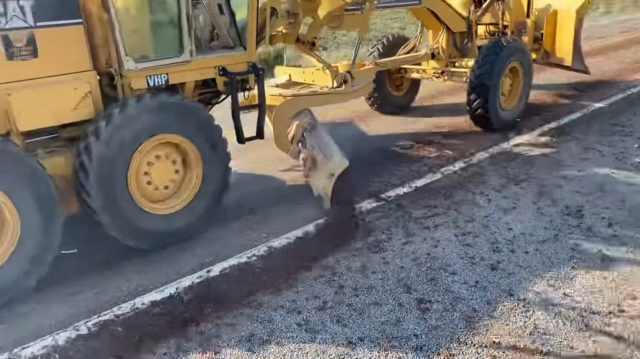 Idaho – Idaho Department of Transportation is working to clean off the roadways from a pest, the Mormon Crickets.

In a video posted by the department, you can watch as they pull out the heavy machinery to remove the crickets from the roadway in Southwest Idaho.

“Mormon crickets are taking over the road this season! Watch out for slick spots,” the department posted on social media. They also warned if you get queasy easy not to watch the video below, because of the crunching from exoskeletons.

According to Britannica, the Mormon cricket (Anabrus simplex) is a well-known wingless species of shield-backed katydid in North America, where it once was a serious pest in the Great Plains. In Utah, the insects were a particular pest in the Salt Lake City area, devastating the crops of Mormon settlers in 1848.

Only the arrival of a flock of seagulls saved the settlers’ crops from complete destruction, according to Britannica.

The department later posted to clarify why they are killing so many of the insects, that they cause slick spots when so many have been crushed and cause accidents on the roadway. There’s something you didn’t know.