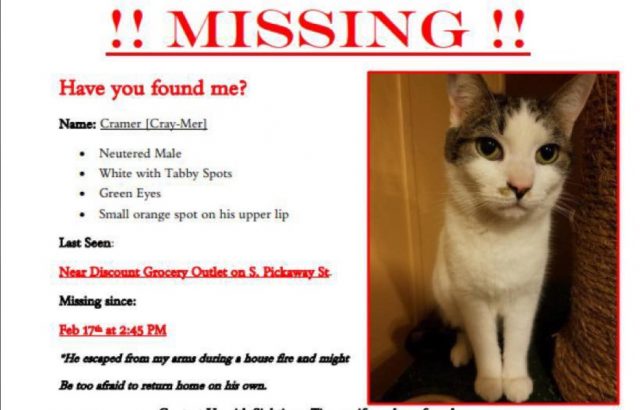 CIRCLEVILLE – A homeowner is reaching out in search of his furbaby after he ran away during a house fire.

On February 17th, around 3 pm the homeowner had a small fire within the home, when local police and fire arrived on the scene the cat left the home and hasn’t been seen since. The homeowners said that maybe the tabby was so scared that he hasn’t returned home. Now he’s reaching out hoping someone has seen him and offering a reward.

Accoridng to Daniel Griesheimer, they live on Edison road close to the discount grocery outlet. The housecat named Cramer, is described as: