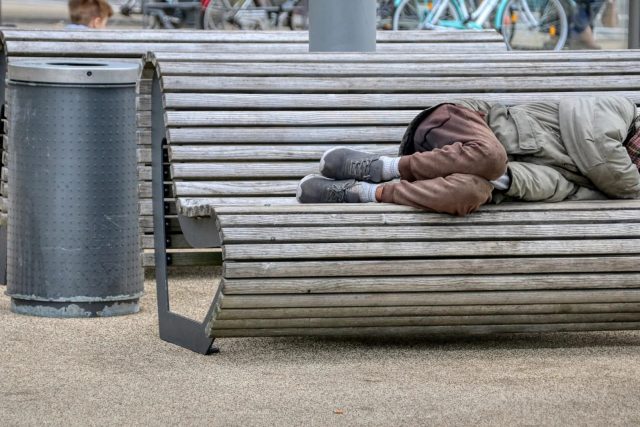 Originally in their plans, they called for three buildings and several mini homes on the property located at 1369 North Court street. During Monday Nights Board of zoning meeting founder of Transition though hope Michelle Kovach rolled back the original plan after Hope House, an all men’s shelter announced a 24/7 operation. The new plans are to build a single structure that would serve as a life restoration center to help people who are homeless or close to homelessness become stable.

In January of 2019, an almost 100% increase in Homeless was reported in the Pickaway County area. That increases according to a point in time county study from 37 individuals in 2018 to 63 in 2019.

Pickaway County Homeless coalition a non-profit organization has been meeting since December of 2019 with the goal to, ” be a safe, temporary, transitional housing alternative and resource center for the homeless and those are at risk of becoming homeless, in Circleville and Pickaway county. Including men, women, children, and veterans, “we will work with local government and social service agencies to facilitate the connection of individuals to the necessary supportive services, that are critical to housing and community reentry,” according to a document that was released from the company.

This idea was not without negative feedback from the local neighborhood. Several neighbors including one a few houses down from the planned site said that he has had to deal with several issues from the homeless who have used his property to access the railroad tracks that connect to his property. He claimed that he had to run one person from his property after he set up a temporary shelter. Another neighbor said that she felt unsafe and asked the coalition about safety precautions if the area became a gathering place for the homeless.

A business owner who is currently building a new facility across the street from the proposed property said that he has waited years to finally build his dream facility and worries how this facility will affect his customers and property.

Other people questioned if this was the, “best place” for this type of facility. Kovach responded with they had looked everywhere for available space but locations have been hard to find in Pickaway county.

One person suggested that he heard everyone was positive about helping the homeless situation in the area, that they should help the coalition find an alternative location and aid them instead of criticizing them.

The compound plans to be an organization that, “aims to be a life restoration center.” With collaboration with local entities to help people move from homeless to stable in less than 8 months.

Since the meeting Transformation through Hope has elected to withdraw the application for the special use permit for the location. Below is the statement.

In regards to the public hearing that was held on Monday, we would like to share that Transformation through Hope is an organization that is committed to assisting residents of Pickaway County improve their quality of life while improving the overall well-being of our communities. In light of recent announcements from other area shelters regarding expanded capacity and hours of operation, we are exploring other opportunities that will allow us to have a positive impact on the community without duplicating services already available to those in need. At this time, the board of directors at Transformation through Hope has elected to withdraw our application with the city to consider a special use permit for the property at 1369 N. Court Street as we explore other opportunities that will better serve our mission.Please know that our board of directors is working diligently to better understand the needs within the community so that we can provide services that will result in long-term, sustainable improvement for both the residents and the communities around Pickaway County. As always, we are open to positive and constructive feedback from the community to ensure that we are united in finding the best possible solutions and services to battle the multitude of issues that we face. Thank you in advance for working with us to improve the quality of life for all residents of our county. We are in this together!

Transformation through Hope reported that the First church located on Ohio street has established a weather emergency shelter for the winter for people who are homeless to go during freezing temperatures.

If you are interested in helping this cause you can volunteer following this link: https://docs.google.com/forms/d/e/1FAIpQLSfZjMjXrznyyq9n1c2q323hCz2r7TNJIPvMOGr7i7R13Ry7TQ/viewform?fbclid=IwAR1su9mq83LOwI1ceCB18ApCBsDx4wfiIoway-Si-yR_2DrW0yU6kHPVGMs