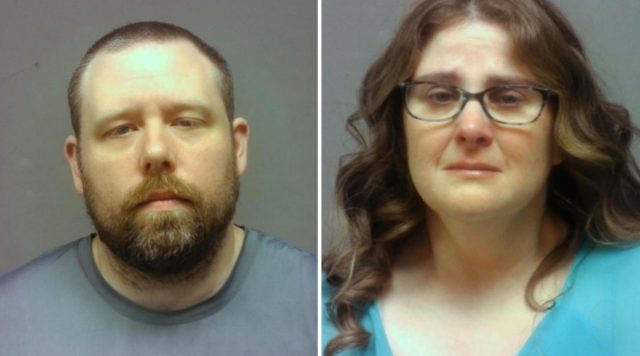 Investigators arrested Gemienhardt last week for Pandering Sexually Oriented Matter Involving a Minor, a 2nd Degree Felony. After the arrest, several search warrants were executed on electronic devices with the assistance of the Federal Bureau of Investigation.

Based on digital evidence obtained from these search warrants, it was discovered that Daniels had produced sexually explicit child pornography that involved two of her minor children, which forensic analyst described to be under 13 years of age.

Daniels was arrested and charged with Rape, a 1st Degree Felony, and Pandering Sexually Oriented Matter Involving a Minor, a 2nd Degree Felony. She was transported to the Regional Jail to await arraignment in Municipal Court.Several additional charges will likely be presented to either the Hocking County Grand Jury, or a Federal Grand Jury at a later date.