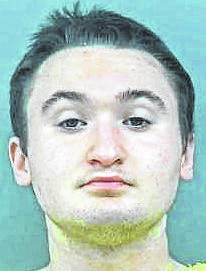 Tres Genco, 22, of Hillsboro, Ohio, admitted he plotted to commit a hate crime, namely, a plan to shoot women at a university in Ohio. He was arrested by federal agents in July 2021 and has remained in custody since.

“Genco formulated a plot to kill women and intended to carry it out. Our federal and local law enforcement partners stopped that from happening,” said U.S. Attorney Kenneth L. Parker. “Hate has no place in our country – including gender-based hate – and we will continue to work with our law enforcement partners to vigorously prosecute any such conduct.”

“Thankfully, law enforcement partners working closely together prevented a deadly killing spree targeting women,” stated FBI Cincinnati Special Agent in Charge J. William Rivers. “Genco’s hate-filled beliefs and actions were extremely dangerous and could have resulted in irreparable harm to our community and many precious lives. We urge the public to report concerning behavior to the FBI and local police to help prevent future violence.”

Genco identified as an Incel or “involuntary celibate.” The Incel movement is an online community of predominantly men who harbor anger towards women. Incels advocate violence in support of their belief that women unjustly deny them sexual or romantic attention to which they believe they are entitled.

According to court documents, Genco maintained profiles on a popular Incel website from at least July 2019 through mid-March 2020 and posted hundreds of times on the site.

In one post, Genco detailed spraying “some foids and couples” with orange juice in a water gun. Foids is an Incel term short for “femoids,” referring to women. Genco compared his “extremely empowering action” to similar conduct by known Incel Elliot Rodger. In May 2014, Rodger killed six people and injured 14 others, including shooting individuals outside a University of California, Santa Barbara sorority house. Prior to his mass attack, Rodger shot a group of college students with orange juice from a water gun.

Genco also wrote a manifesto, stating he would “slaughter” women “out of hatred, jealousy and revenge…” and referring to death as the “great equalizer.”

As part of this investigation, law enforcement agents discovered a note of Genco’s that indicated he hoped to “aim big” for a kill count of 3,000 people with a reference to the same date as Elliot Rodger’s attack and intended to attend military training. The investigation revealed that the day he wrote his manifesto, he searched online for sororities and a university in Ohio.

Genco attended Army Basic Training in Georgia from August through December 2019. He was discharged for entry-level performance and conduct.

In January 2020, Genco wrote a document entitled “isolated” that he described as “the writings of the deluded and homicidal.” Genco signed the document, “Your hopeful friend and murderer.”

Genco’s court documents detail that he conducted surveillance at an Ohio university on Jan. 15, 2020. That same day, he searched online for topics including “planning a shooting crime” and “when does preparing for a crime become an attempt?”

On March 12, 2020, Highland County sheriff’s deputies responded to Genco’s residence. At the residence, in the trunk of Genco’s vehicle, police officers found, among other things, a firearm with a bump stock attached, several loaded magazines, body armor and boxes of ammunition. Inside the residence, police officers found a modified Glock-style 9mm semiautomatic pistol, with no manufacturer’s marks or serial number, hidden in a heating vent in Genco’s bedroom. As part of his plea, Genco admitted that he possessed both firearms in furtherance of his plot.

Genco pleaded guilty to one count of attempting to commit a hate crime, which, because it involved an attempt to kill, is punishable by up to life in prison.